Anime girl from the 41st Millennium 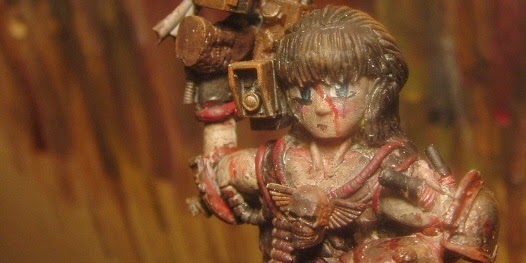 First thing, I realized I haven't posted here for some time.  Whoops.  Second thing, I had been working on this project some time last year and left it for ages, to return to it much, much later.

Once upon a time, there was a toy museum in Nelson and I used to go there often.  One day, in the shop at the front, I found this odd-looking figurine which I thought may have been from something interesting, so I bought it.  Okay, I'll admit it now; I am mildly interested in Shojo manga, but only a select few.
Later on I found out this figurine was nothing more than a Sailor Moon bootleg.  Observe an image of the unopened set: 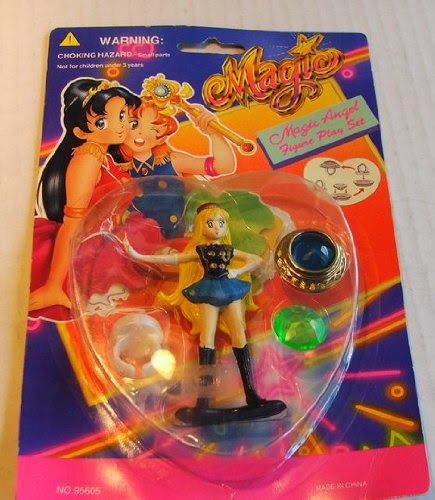 After I found this out, I decided I could do whatever I wished to the figure.  And I did. 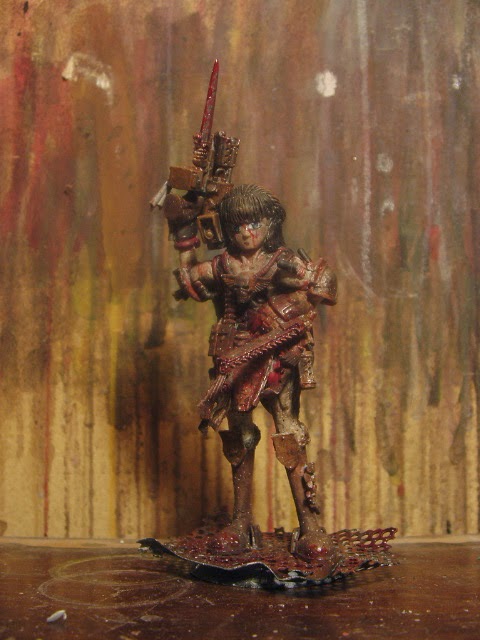 A lot of cut fingers later and half a roll of greenstuff, and then however long it took to paint, I ended up with this.  I think she may be an Inquisitor's apprentice or something. 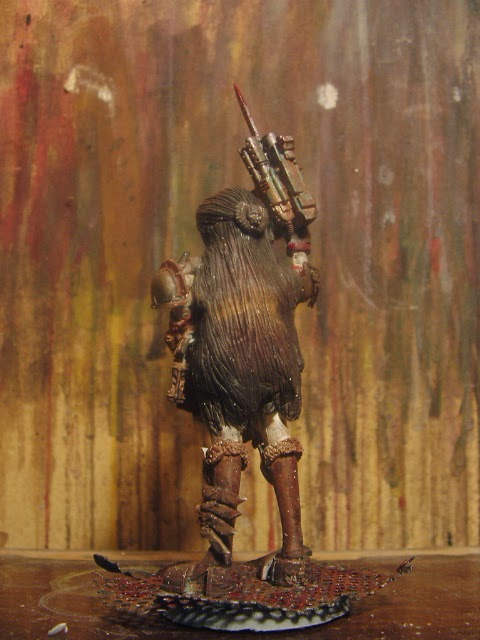 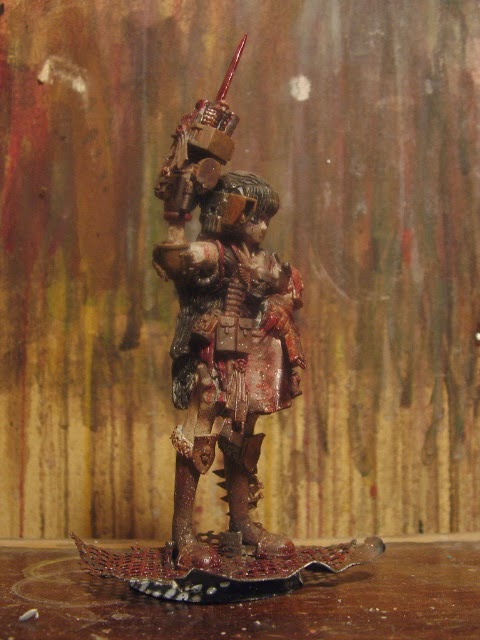 I went to town with Blood for the blood god... The parts are taken from so many kits, I've forgotten a lot of them.  The gloves are power fists, I remember that-- the string of bullets is from a cultist's heavy stubber, the tabard is a back banner... I used a lot of pauldrons... 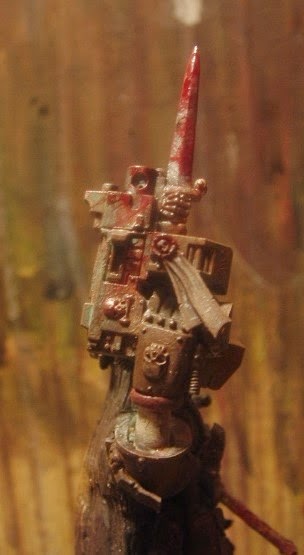 I was very pleased with the bolter.  The most part is from a centurion's heavy bolter, with the front off a stormtalon's and a tomb kings sword for a bayonet.  Oh, and a Grey knight's incinerator on the other side. 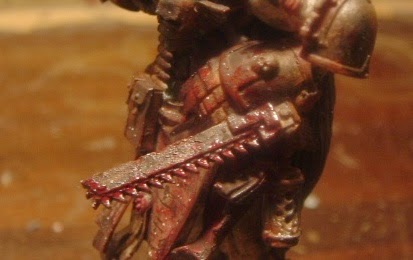 So that's that.  How anime is going to look in the dark millennium.
More interesting than anything out there now, at least in my opinion.