They say Lord Dante of the Blood Angels is the oldest surviving Astartes.  That is not surprising because not only is an Astartes practically immortal, he's a vampire.  Please see another post of mine where I waffled on a bit about that--
But anyway.  That is true, Dante is the oldest alive-- but there was once one who lived longer than he. 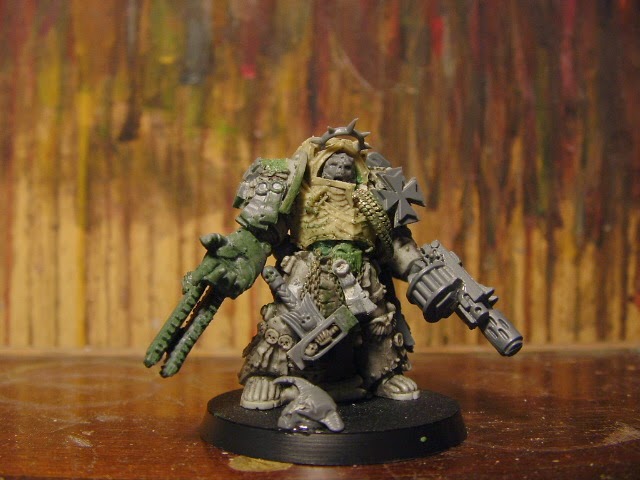 Lord Klatos, 1st Captain of the Sagodjur Fjorlag and the only Terran Astartes in the entire Chapter.  Back in the 31st millennium Klatos swore a blood oath to his primarch Rogal Dorn that while he lived, he would never let the foundling warband fall.
Six millennia passed... 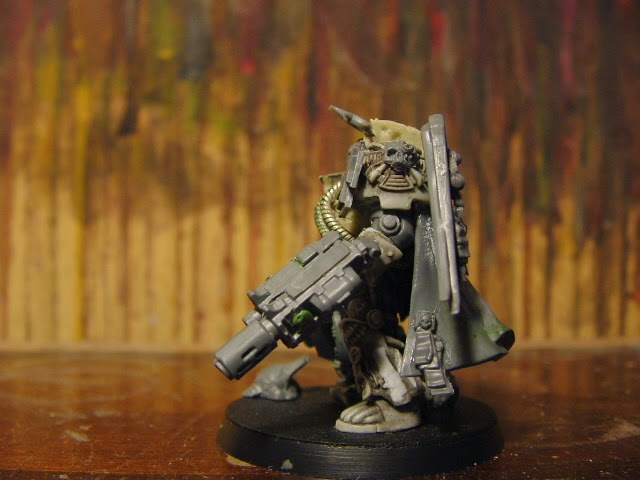 Once again, a most extensive conversion, using the legion praetor, terminator chaplain and a host of other parts including a few from WH fantasy.  And I'm very pleased how the combi-melta turned out.  The crux termanitus, I changed slightly so it was more in the style of John Blanche. 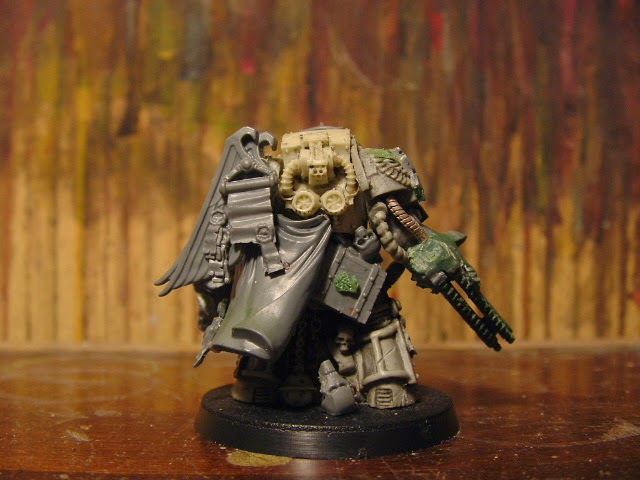 Each accessory reflects the captain's long history.  For instance, the half-cape is from when Klatos fought in power armour long ago in the VII legion; the Necron head is a trophy from mid M.34 when a tomb awoke beneath the Chapter's fortress-monastery and almost wiped them out.
The wings on his left shoulder are an honour unique to the Chapter; the Wings of Tragedy, given to a fate Gryphon who has chosen to hew his wings from his shoulders to learn to fight in Centurion armour or tactical dreadnought plate. 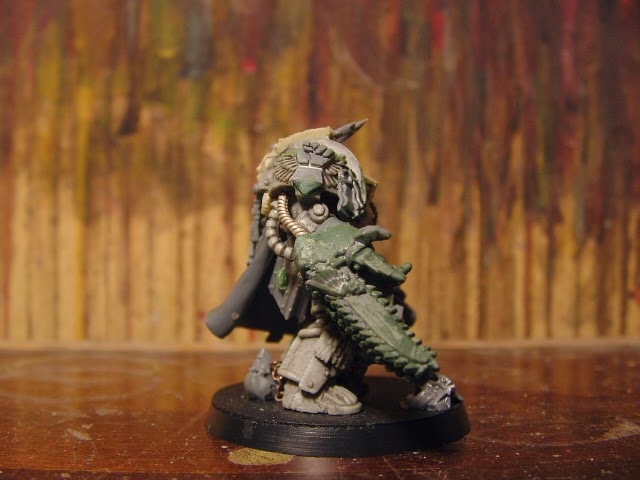 Klatos' chainfist, Led into Madness is another relic from ages past, and something I really, really hope to see my Primarch wielding when Forge World releases His miniature.
Observe the Lord still bears legion iconography including a begasew shaped like the Templar's cross. 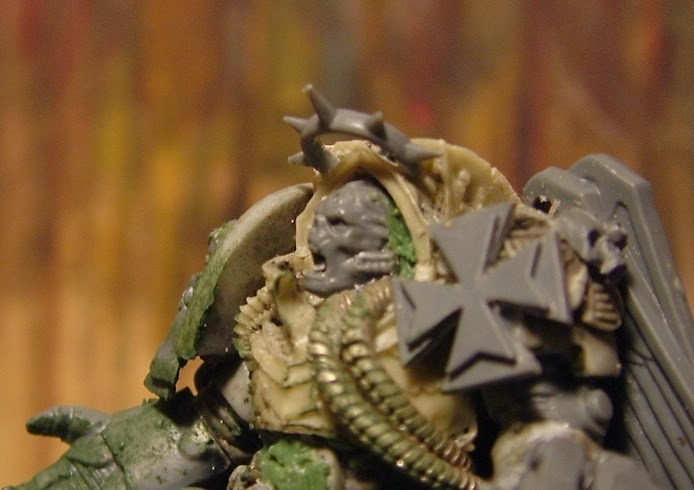 I think the conversion began in my mind when I saw the face of the Helbrute from Dark Vengeance and decided, I want to make a terminator with that face.  Of course, the Captain's pain is incredible as his body rots away beneath the ancient, decaying plate, but while he stands, the Chapter stands; his death in late M.36 marked the Chapter's decline.  Half a century after, the Sagodjur Fjorlag were wiped from existence. 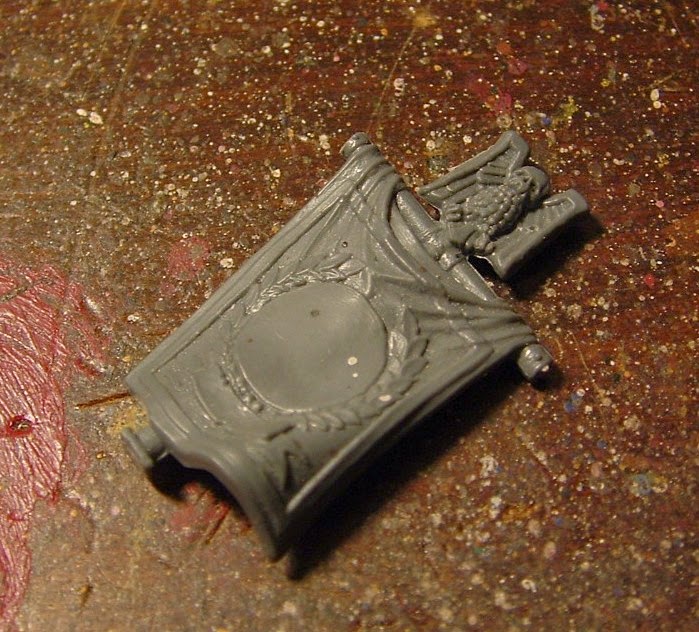 Just a few things more I need to add after painting... Klatos' back-banner-- the only laurels in the Chapter-- and a small book-carrying creature to decorate the base with.

And that's that, I suppose.  1st Captain, and his story.  When I finally get around to buying some primer, I should post some progress pictures, but that'll come later.