I've backed off assembling/painting troops now; right now I'm working on a few elites.
Right now, I've finished assembling a captais, a colour sergeant and an apothecary.  When I say "finished" I mean I have been adding little bits to them for several weeks.  I'm great at starting projects and never finishing them, and I have to push myself to actually get something done.  I think it might be a fear of messing up, something I still struggle with. 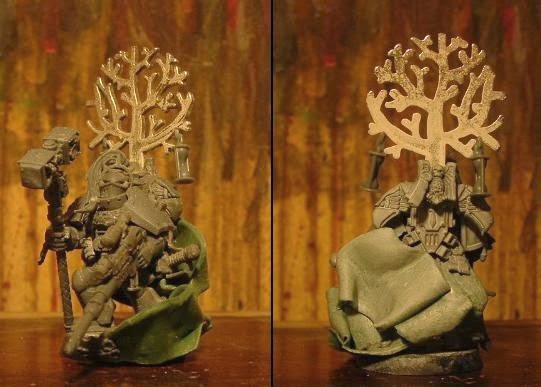 Lord Thunraz, 7th captain of the Sagodjur Fjorlag; the Gallows-lord.  This is the third and so far best incarnation of the miniature yet. 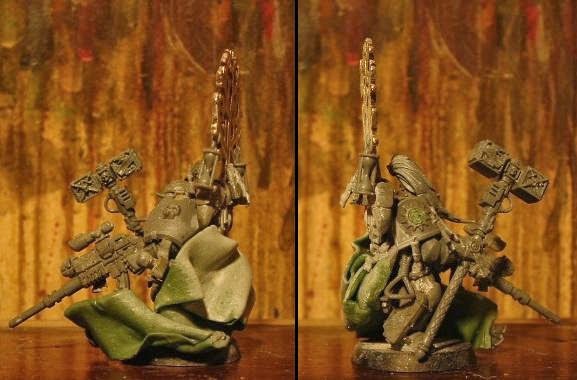 As you might have guessed, I like adding as much to my characters as possible.
His left shoulder guard was taken from the Furioso Dreadnought kit.  Note the cable noose that marks him as Gallows-lord and captain of his Master's executioners.  Thollr, the company's name is taken from the world-tree of Norse mythology, and the word is also used for "gallows". 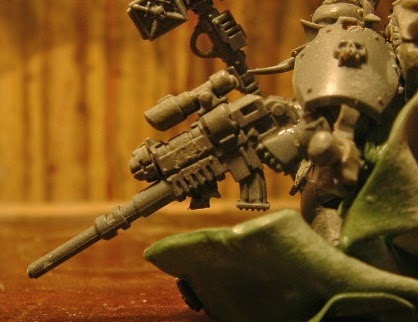 The weapon is not a sniper rifle, it is a combi-grav with an extended barrel.  I'm going through a long barrels phase after watching Hellsing. 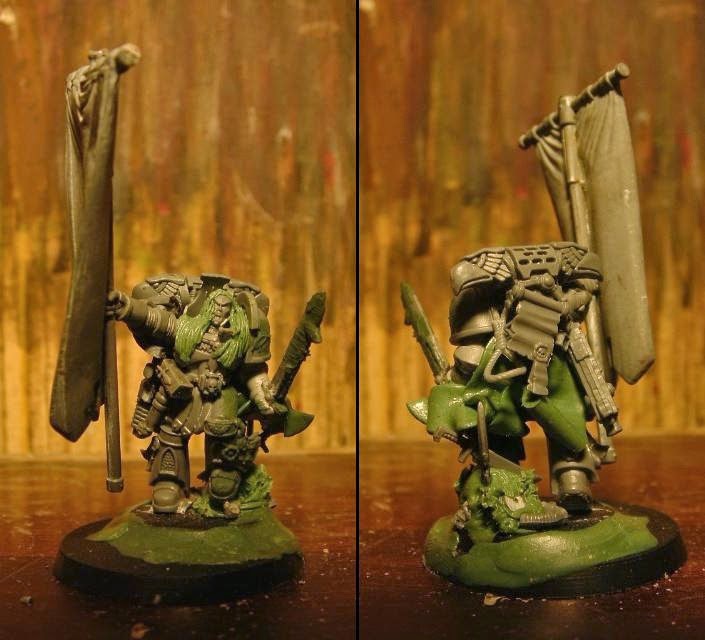 The colour sergeant was great fun, even if the pose was a challenge.  Using vanguard veteran legs, I had him stand on top of a plaguebearer's head instead of running.  Observe the liquid greenstuff on his arm.  I wondered what would happen if you decapitated a plaguebearer with a power sword; not very pretty... 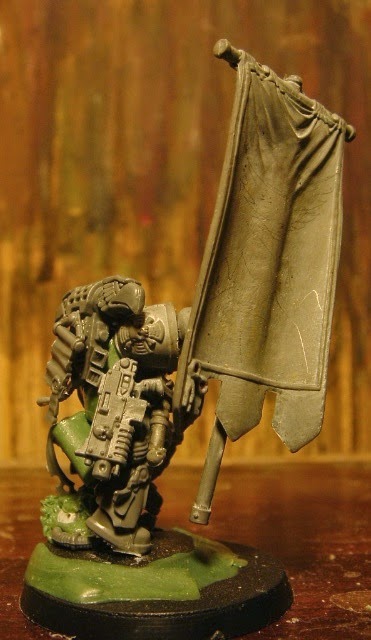 If you'll look carefully, you will see that his left arm is actually 1st edition, making him that extra bit special.  Any piece of kit from that time is a revered relic in my eyes. 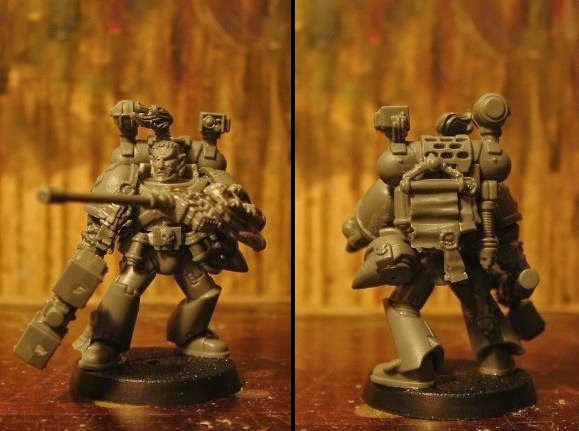 And this is my apothecary.  Please don't tell me off for giving him a thunder hammer; the codex does say you can give any veteran one... 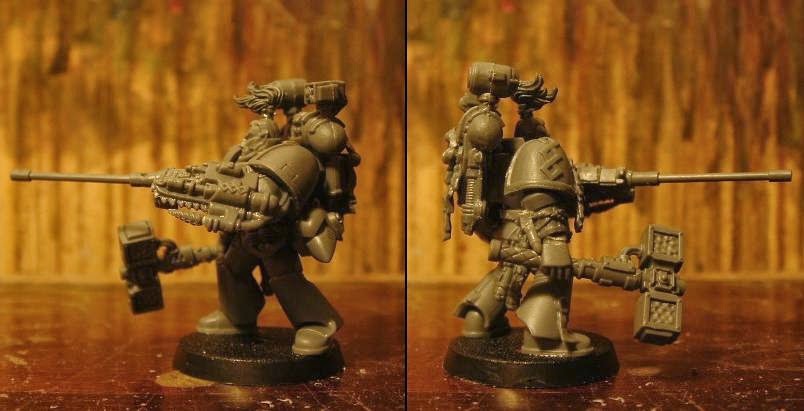 Inspiration for the bolt pistol was again from Hellsing, in particular The Captain's Mauser C96, of which I am a great fan.  Just the pistol, not the guy.

And that's that.  I've almost finished my assault captain, and I'm looking forward to introducing him.