Kitbashing a jetbike part 1: What in Throne's name... 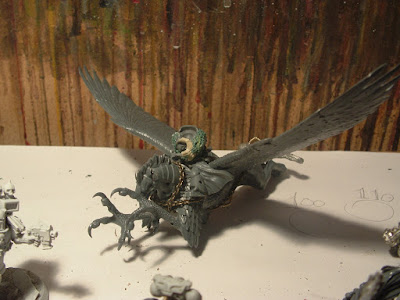 It's going to be a counts-as jetbike sky hunter.

I'm not exactly sure what I've begun.  I was supposed to be working on the 3rd command like I said I would, but I've officially run out of WoC bodies to work from (next week will be a different story, they are in the mail as I write) and for some reason I don't feel like painting right now-- shame, shame!
Also, I bought the WhFB island of blood gryphon from ebay ever-so-long ago and it's been calling to me to be used, so here we are-- though not exactly as I anticipated. 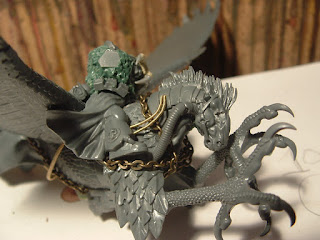 I don't even know what the creature is meant to be.  The closest thing I found was a Hippalectryon but that's not it...  Whatever it is, I like it very much. 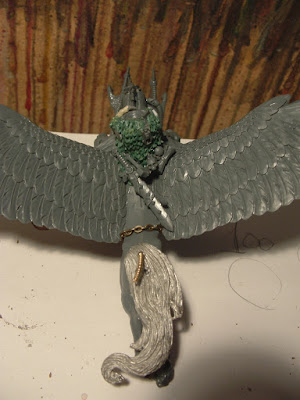 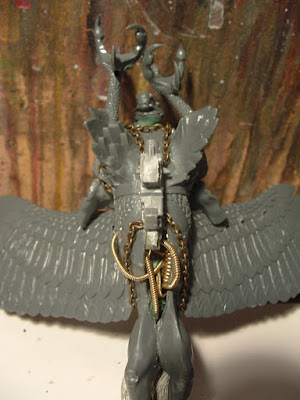 Being a jetbike it needed a heavy bolter-- Two boltguns were considered, but there was nowhere to fit them, except around the girth.  Now where to put the ammunition... I thought the rider could carry it on his back, perhaps?