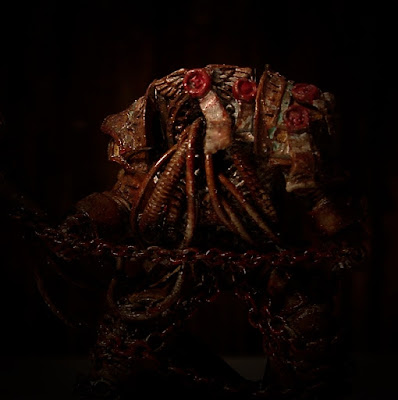 Hallo again.  I think a brief update would be in order, not like much has happened this last while...

First, I want to say that I'm on flikr now (barely).  I think this link should take you to my photostream.  Not much up there right now but I hope it'll become a regular thing; also, I'm not really sure of how things work there-- any pointers I would gladly accept.

Last weekend I was at a 750 pt tourney at my local; I got four games in, three of which I lost through sheer inattention. I've also contracted a cold from somewhere and that's no fun. 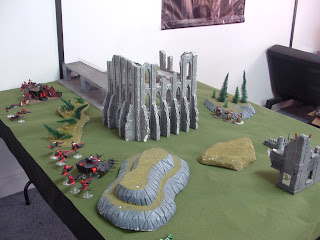 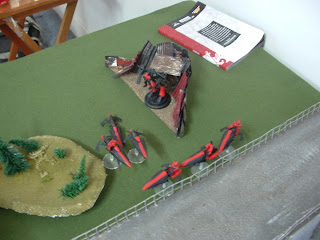 First I was up against eight hundred eldar jetbikes, so I knew I was flocked right from the start.  My opponent (a tau veteran, by-the-by) was very nice though, giving advice and reminding me not to "follow the rabbit" and get distracted. 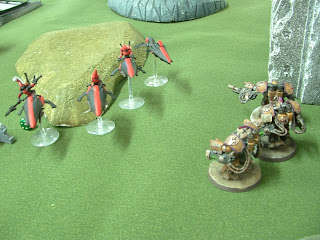 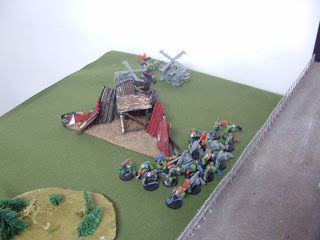 The second game was against orks who were very lazy but still managed to win somehow.  Their deffkopta pilots were drunk and the boyz didn't like running at all; it was quite funny to watch...

...Until the (counts-as) deff dread backhanded my captain insensible after I teleported him behind it and put a melta charge in its back.  That was terrifying.  Then his nobz brought down my dreadnought-- his first defeat! 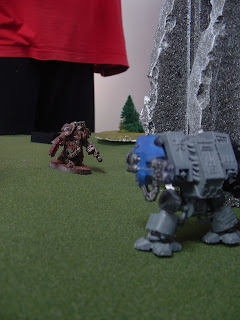 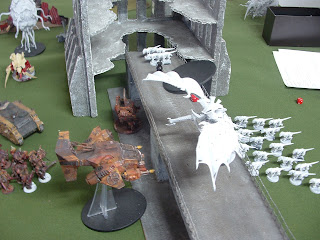 Third I was fighting (much to my ire) the tyranids.  I'm not really meant to be fighting bugs with this army, but oh well.  There was a bit of confusion when wounds were being resolved against his flyrant; I had hit him with my centurion's gav-cannons and had forgotten only 6's hit him.
But I took out the carnifex before he could do anything, which was nice. 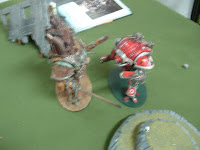 Sadly, I didn't get any decent photos of the White Rose's first victory.  She was put up against a knight paladin and a knight crusader; to make up for points I had two stormtalons which didn't do much.
The White Rose immobilized the paladin with an ordinance shot point-blank (remember her battle-cannon?) into the chest before charging and ripping it in half-- and surviving the apocalyptic blast with three HP left.  She then slammed the crusader from the side and tore him to shreds-- carefully this time, and I felt like such a proud parent when she left unscathed! 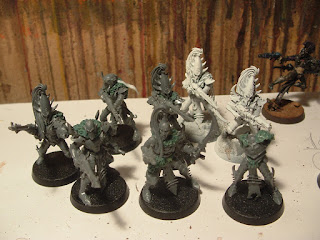 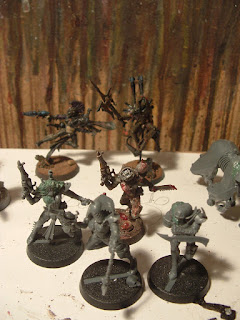 In other news, I've been considering again the prospect of Dark Eldar as an army, though I'm having trouble finding a comfortable kitbashing level.  Not helped by the fact that my bitz box is more SM related.
I also have another (non-40k) project I have yet to start on to fill in my all-encompassing "make something" bingo square; still gathering bits for this one... 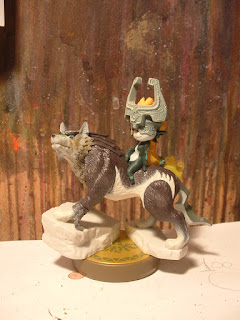 And that's that, I suppose.  A very broad hobby update, nothing more.  Bye-bye for now.