So I finished my "repaint" job.  Hee hee, it proved more of a challenge than I expected, but I so badly wanted Asbjorn back in my army I did not put it down until it was finished.  And here he is! 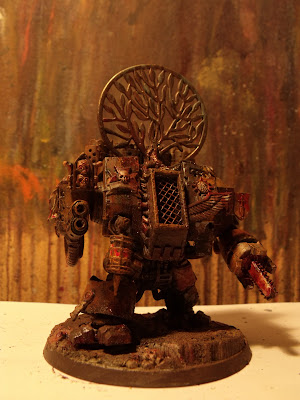 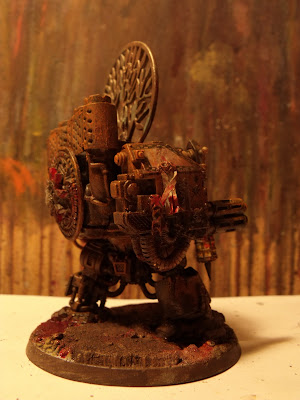 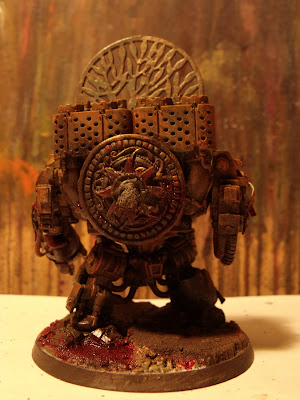 I don't like to boast, BUT I believe this is my best vehicle yet, 'specially compared to his first incarnation!  I'm a bit worried how the work I did on the White Rose will stand up now.
The image of Thollr I gave three roots; one to Niflheim (power pack), one to jotland (right arm) and one to Asgard (the sarcophagus).

I LOVE the texture the tech paints give. 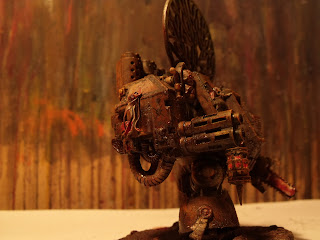 Multi-melta; I found they don't actually produce a plastic piece for this option and the OoP ones are going for a lot on ebay.  Oh well!  I noticed that the 6th ed studio models had the barrel taken off their assault cannon with a sponson melta slapped on the front.  Anything I did would look nicer, surely. 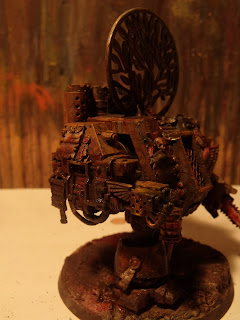 Twin-linked heavy flamer; I think I've already voiced my dislike of the frag cannon's aesthetic, so I had no qualms about chopping it to bits.  The outer flamer is from a sentinel, the inner one is the dreadnought's own. 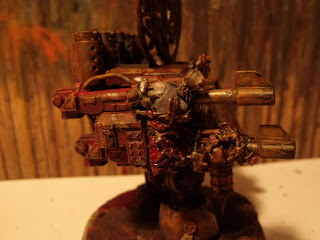 Twin-linked lascannon; I got lucky a while ago with a trademe auction, when I found these in amongst everything else.  The corpse was an accident.  Honest. 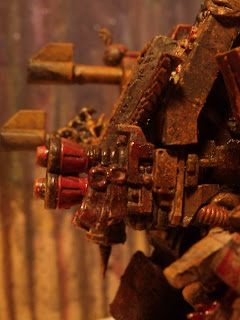 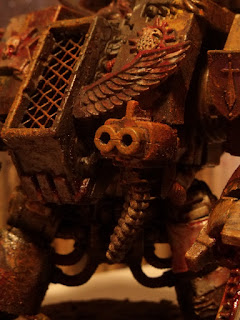 I also gave him the option of a storm bolter or another heavy flamer.
So that's that, and probably all I will be doing concerning Space Marines for a bit (unless distraction takes hold, which I do not doubt.)  I'm trying to find a suitable method of kitbashing dark Eldar right now-- I'm thinking of using vampire counts perhaps, maybe even lizardmen?