Two pencil drawings I did of Midna 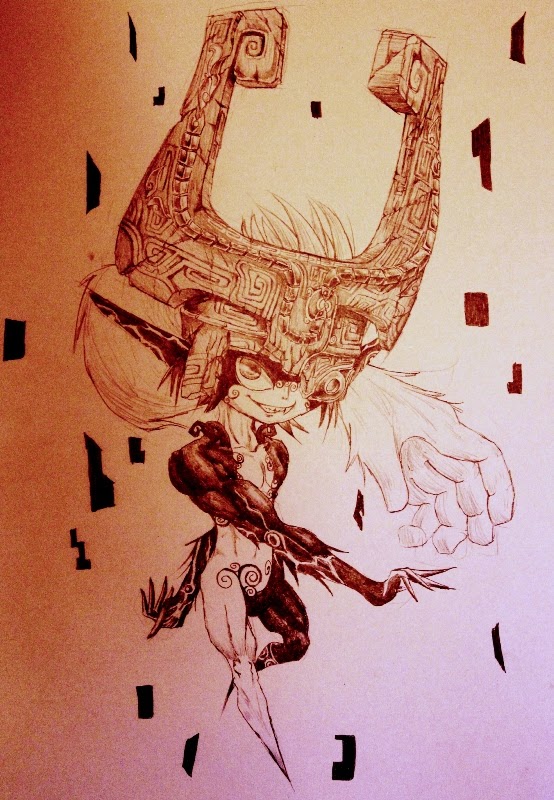 I drew the first one several months ago on an A3 page, so I could pack in the detail into the fused shadow.  I always prefer to draw any characters as I remember them, rather than copying from a picture. 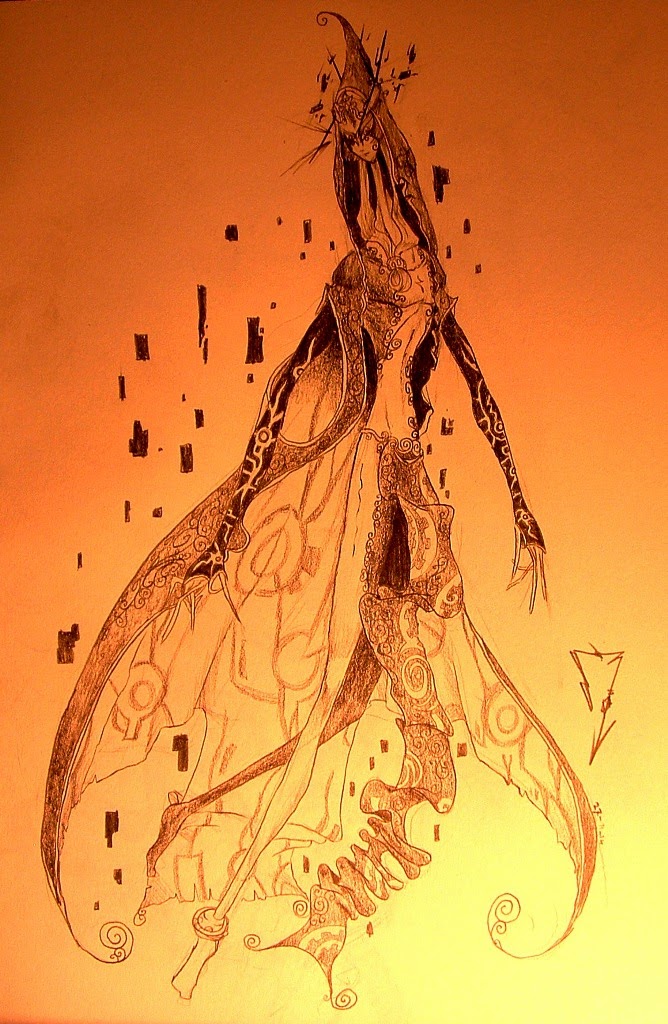 The second one was only in my A4-sized art pad, because I'm nervous drawing on anything bigger.  I was disappointed by the fact that the twili you saw in the game were very tall and flowing, but Midna's true form was human-shaped.  I wanted to draw her as I thought she should have looked-- not trying to say mine is better than anyone else's, just how I thought.

That's it for now.  I might slow down a bit on posting now or I might wear myself out too quickly and become bored/angered by the thought of blogging.