Children of the Imperium #2: The Blood Angels Watch captain

It's a busy time of the year, not just because it's Christmas for some people.  I tend not to do Christmas-- or any other festive thing for that matter-- because I'm morbid like that.  This is how I've maintained such a small friend pool.
Posting once or twice a week will be all I can manage at the moment, but it ought to be fine.


I hear very little about the deathwatch nowadays.  Alright, aside from video games and novels, but  there is hardly anything in comparison to the other armies.  The ordo xenos is probably one of the most important organisations in the Imperium, and not enough is done with them.

I was first introduced to the deathwatch in Graham Macniell's  novel Warriors of ultramar; in the climax, Ultramarines 4th captain Uriel Ventris becomes a Watch captain and fights a Tyranid Queen on board a hive-ship.  It was an incredibly exciting read, Macniell is my favorite Warhammer author; it made me interested in the deathwatch and led to the creation of this miniature. 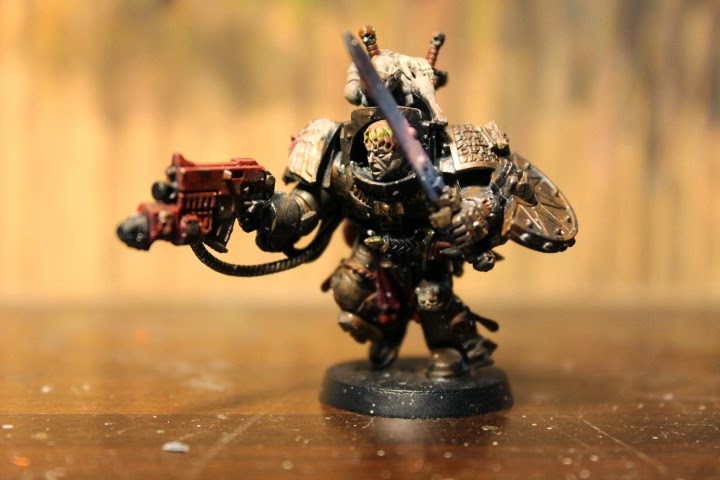 Also, in Macniell's Ultramarines series is a character called Pasanius, a flamer-wielding Astartes whose armour was put together from regular and tactical dreadnought parts.  Not quite like I've done here, I'm sure-- but I wanted to do this anyway.  I paired a Grey Knights chest with a chaos terminator back and filled in the gaps with greenstuff.  The combi-grav looks a bit tacked-together I suppose, but I think I'm more of an artificer than a tech-priest so a weapon's functionality is secondary to it looking interesting and original.
I'm mad, I know. 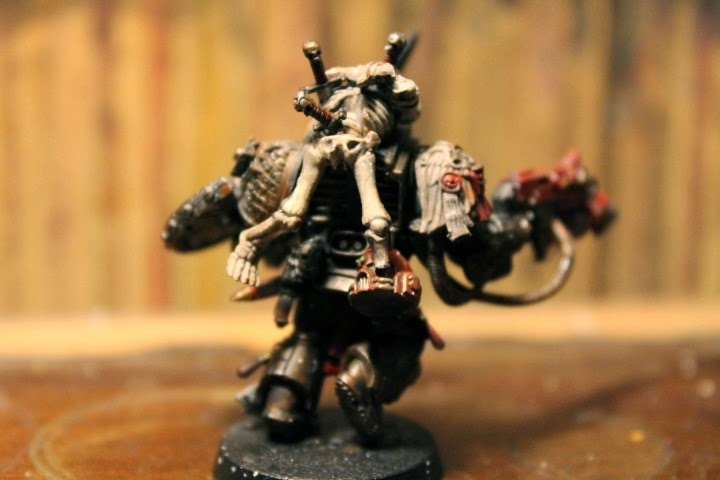 I do have a Death Company frame in my collection; don't ask why... I don't even do Blood Angels.

The shield on the arm is a Tomb Kings icon.  I thought, seeing as it was a Blood Angel, I should give the power blade a more rosy tinge-- it was actually because there was a bit of red left accidentally on the dry-brush.  The martyred saint on his back was a skeleton soldier with a servo-skull for a head; I cut the handles off several Grey Knights icons to make it look like it was being held on like that.

And that's that.  I'll try to post again later this week.