I saw the new Blood Angels Terminators kit to-day.  It's utterly incredible, and I'm almost sad I don't collect them.
Thunder Hammer and Storm Shield are one of my favorite pairings!
I was looking them over and appreciating the effort put into the models, when I saw THIS: 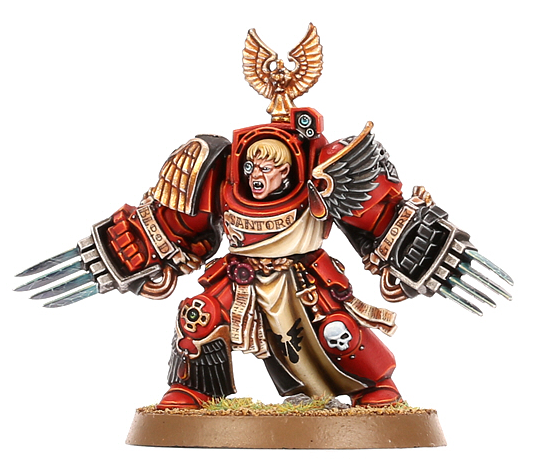 Is it may just be my imagining, but the Sergeant's head been sculpted with pointed ears and extended incisors.  What does this tell you?

Well, I sadly don't have the Blood Angels codex to check my hypothesis, and I haven't read enough vampire stories to be utterly sure, but I think the blood Angels may be dhampirs; that is, half human and half vampire.
My hypothesis is not very well founded.  First and foremost is the Red Thirst, claimed to be a gene-seed mutation-- could it have been the fact that the Astartes of Baal actually mutated their own gene-seed, thus their priogenitors condemned their successor Chapters to eternal damnation?

Secondly, the Flesh Eaters, one of the Blood Angel's curs'd successors.  Fans have thought them to be vampires; Games Workshop has not released much information on them, so rumors abound.

Thirdly is the fact that Baal Secondus has such a ridiculously high amount of radiation, how could the people have even survived at all, except that they're descended from the Nobility themselves in some way?

Fourthly, I think there may be two Pureblood vampires within the Chapter; they are Mephiston, lord of death-- and Commander Dante. 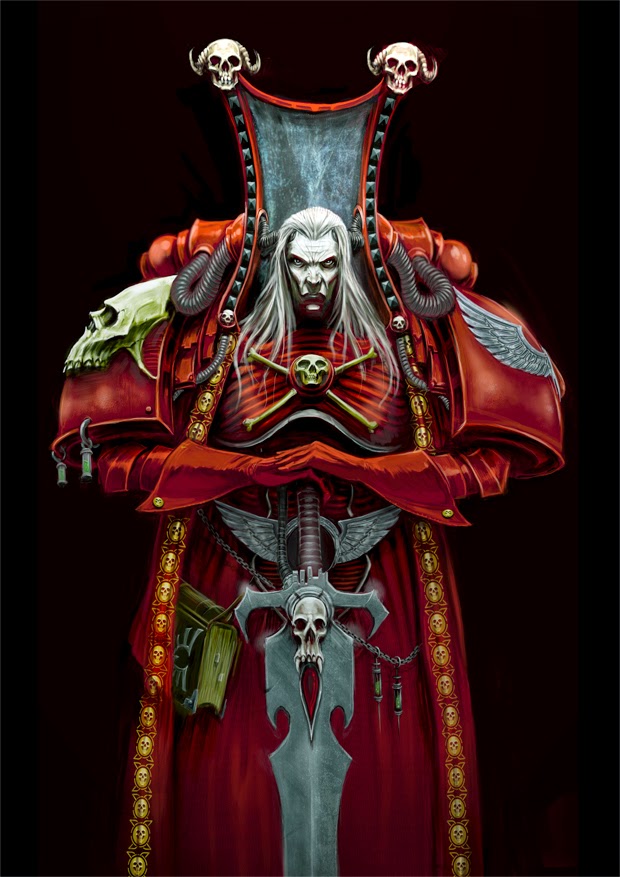 Mephiston, for one his features are very beautiful for a Space Marine.  His face and body show very little sign of the gigantism the effects of the gene-seed would normally have.   Also, the fact that he succumbed to the Black Rage, survived, and became a master Psyker is something I don't think any Astartes would have been capable of.  I have a 2nd edition Angels of Death codex, and the way he was first depicted was vampiric beyond the normal Blood Angel.  He is said to be the most powerful psyker in the Imperium, and I can't help but wonder... 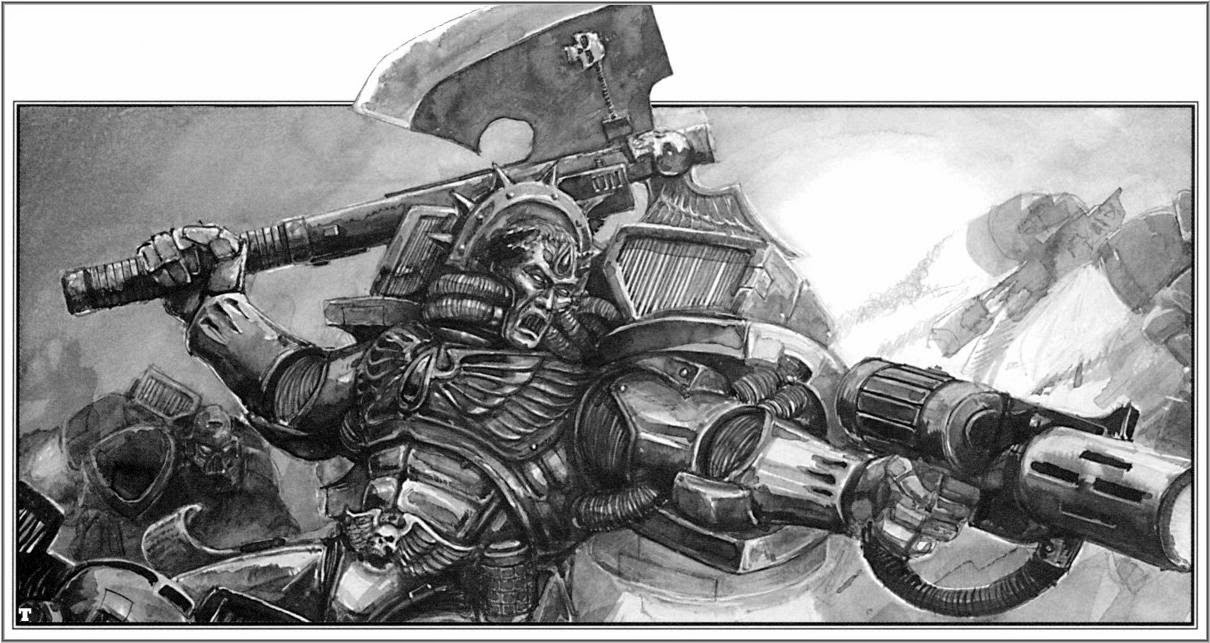 Commander Dante is supposed to be thirteen centuries old, but is suspected to be even older.  I am aware that an Astartes is technically ageless until he falls in battle, but for Dante to have... what, shall we say survived this long, I don't know how he could have done it, except that he is a Pureblood.
The iron halo upon his death mask is said to emit psycho-terror waves; but something like that, I don't think technology will ever replicate, even in the grim, dark future.

Lastly, I just really really want the Blood Angels to be dhampirs, because I want a good excuse to collect them.  I'm no expert on vampires, but I love decent stories about them.  Let me see, I started with Bram Stoker's Dracula, of course; the Black Library's Mathias Thulman: Witch hunter had a vampire episode which was utterly captivating; I also like Vampire Hunter D, Hellsing and Vampire Knight... That's about all the vampire stories I've read.

And that's that, I suppose.  Blood Angels-- Dhampirs.  I went on way longer than I thought; must dash off to the fitness centre now, or I'll be late.