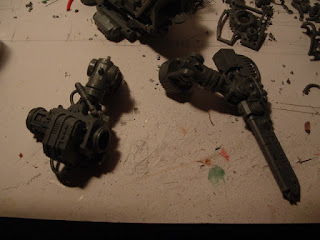 I still cannot get over the utter beauty in this kit.  I'm sure I'll be buying more titans in the future.  Also, I have decided upon a name: House Silenzi-- based on the knight world of Brillig, recently liberated from chaotic influence by the Sagodjur Fjorlag, so I suppose you could say it wasn't really...

The main colour scheme of the house isn't actually a proper heraldic colour; hurricane wire.  I am still in the process of replacing as much of the armour as possible with mesh, drilling out, trimming and cutting my fingers to bits in the process-- great fun!  No doubt I'll be hanging trophies/slain foes from them eventually.

Once again, I considered hanging the wire diagonally and thought against it: maybe one day though-- right now it feels too difficult. 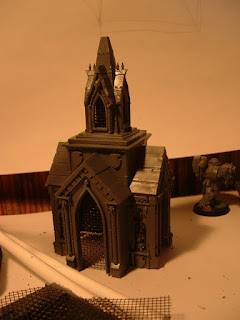 Instead of exhaust pipes I will be topping the titan off with this little chapel. 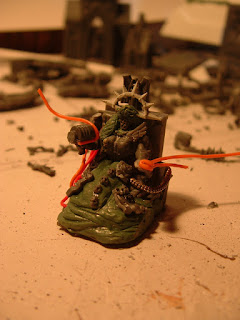 And my beautiful pilot!  She isn't quite finished yet.  Lady Fransicique Algrethi Banquo is her name, pilot of the White Rose.  Next time I'm sure she'll be painted, as will the knight's interior be also... Unless I find something else to distract me...

This is what we call epic foreshadowing. 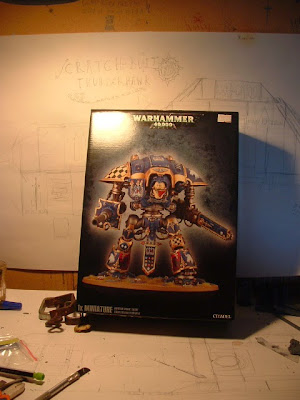 It was the first kit I have opened and been frightened of.  The number of pieces in this kit are quite phenomenal.
Everything else has halted until either I stall with this project or finish it.  I shall create my own house to ally with my Astartes, so you know what style I'll be going for.


These two images in particular gave me a good idea what colours I could use, although I am not fully decided; white, yellow/ochre, chequerboard, black flames, red and brown-- unsure in what order, though.
But the kit itself-!  Throne of Earth, did it scare me!  I decided to ease myself into it by building the torso and then kitbashing an interior until I felt more at home with the model.
So-- 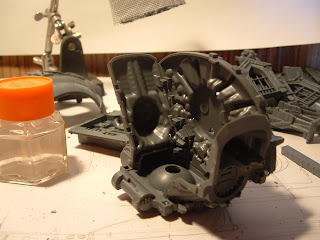 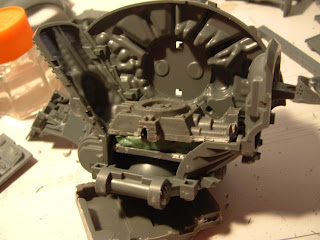 The land raider screens I was going to save for my thunderhawk, but I won't be furnishing that any time in the near future so I can get another whenever.  It also seems to be the piece everybody uses. 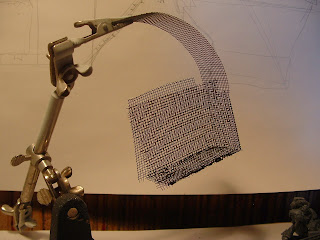 What I am intending is to make and paint the interior, then the pilot separately, then put them in a nice little cage to drop in cleanly. 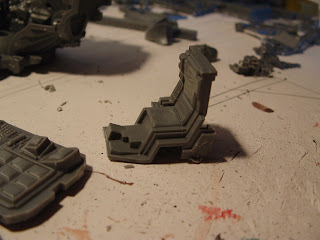 The sentinel seat seemed good enough.  And now for the pilot... 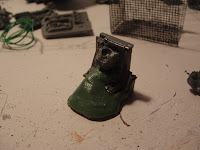 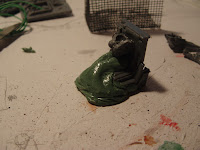 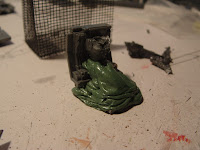 ...'twasn't bad, I suppose.  This was half an hour's sculpting.  My greenstuff skills are sorely limited; hopefully it will look better with purity seals and some frills and things. 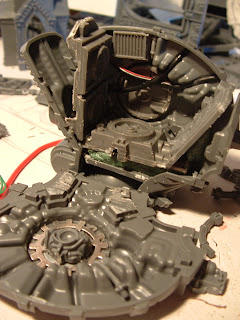 This is where I am at the moment.  I thought about wiring up some lights but then thought against it.  The wires in there are just to make the sides a little more interesting, but it's not nearly finished, oh dear me no!

I assure you, things are still happening

It's just the fact I have been doing so much at once beside 40k.  I've been looking after a friend's farm while they were up north, I'm in the process of writing a novel and there's been a lot of other stuff going on i.e. everyday life.

My thunderhawk is awaiting a pair of wings and some undercarriage pieces which I'm having cut for me, as I am too lazy.
For some reason, I assembled a squad of crisis suits and a piranha...

I'll never amass a decent Tau army.  My brother got them at one point and was never in the mood to assemble them; he's one of those people who think 40k is simply another miniature hobby like trains and such...


I'm also in the process of painting my beautiful 3rd captain.  Most of the base colour is there, next will be the dryad bark wash; the wings I'll paint last.

My third big project is making my chapter master; he will be magnetized to have every-- almost every-- combination of weapon he's allowed, even a boltgun and chainsword just for photos.

As you see, I don't particularly like to give him-- or anyone-- weapons straight off the sprue.  And don't ask what the land speeder jets are for, they're nothing. 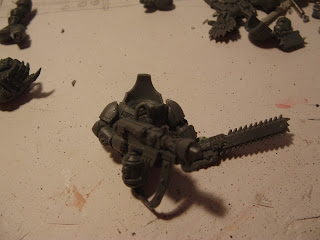 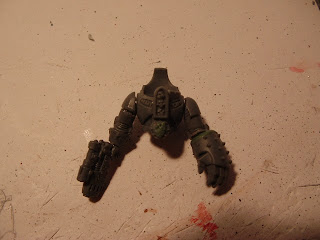 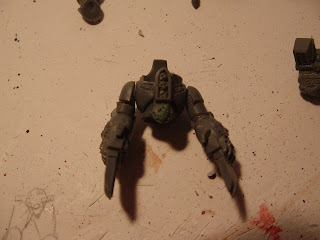 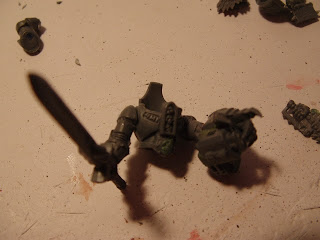 I was happy to find that I still had a heresy-era chainsword left on the remnants of the chaos sprues in the bottom of the box.  The torso will look a little less Grey knight-ish when I have finished.

So that's that.  I am still doing things, just not any one thing at a time.