Commission work: Tzeentch is consuming me

Deuce take me if I haven't been neglecting my blog!  I'm so awfully sorry, and I can hardly continue to abuse the tired old "I'm too busy" excuse much longer...
Commission work has been the biggest thing on the altar at the moment, not so much quantity as... well, they're all a bit consuming.

First, here's the  Custodes Contemptor I started a while ago, now nearer completion than not now he's got a bit of paint on him.  These are the photos I posted to G+, so just skip 'em if you've already seen: 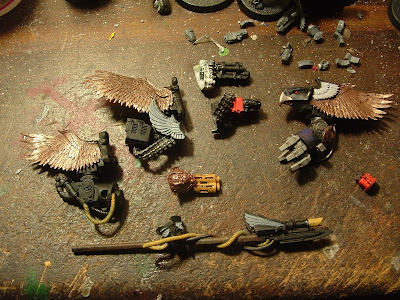 Every weapon option I could think of-- including a dreadspear-- because I'm dumb and don't do my research. 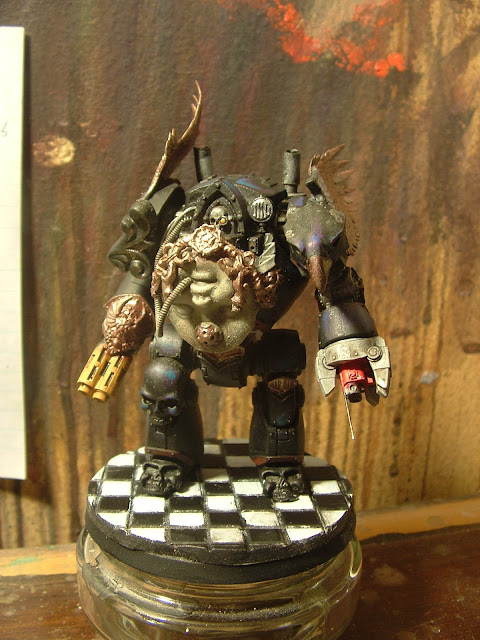 I must say I'm pleased with the texture I achieved on the face. 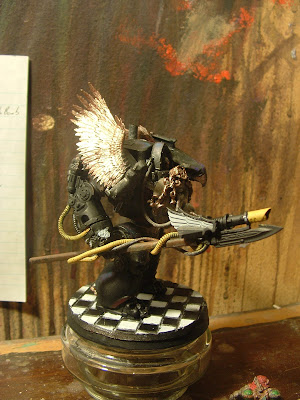 Arms and hands are interchangeable, of course. 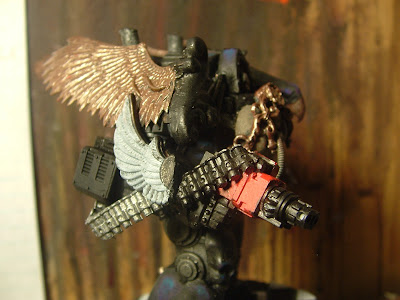 I'm not allowed to call it twin-linked anymore... am I?  Anyway, I wanted to make an upscaled storm bolter for him. 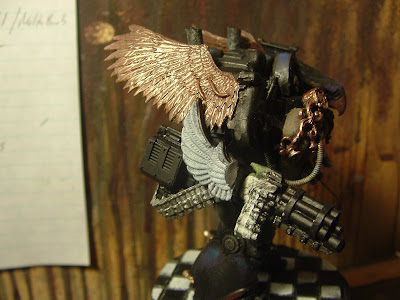 And here's an assault cannon.

RIGHT!  So the biggest thing on the altar right now is the Tzeenchy imperial knight, and THRONE he's going to be a beast! 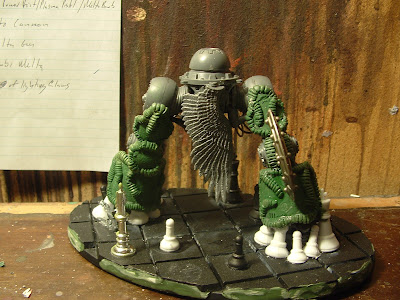 It took me a while to decide on a pattern for the armour plates, but in the end went with... whatever this could be called.  I also had a random toy axe I wanted to use on my first IK commission, but never got to fit it. 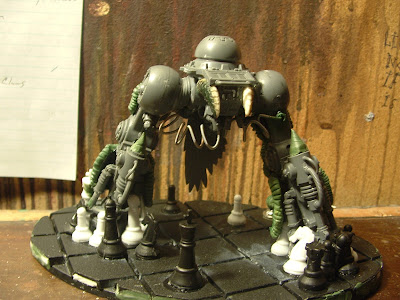 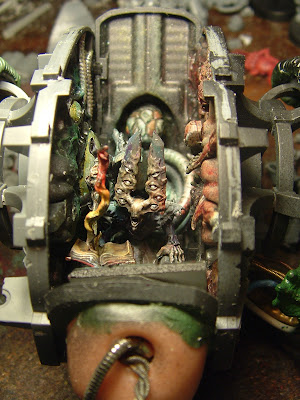 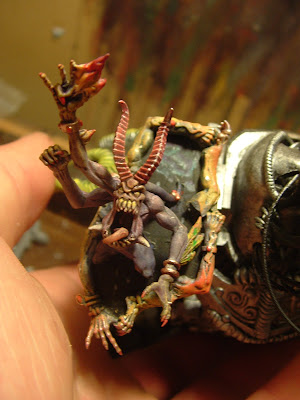 I decided to make a portal sort of thing instead of a tilt shield, with an occupant n his way out.  I must admit I surprised myself on the drybrushing this little fellow got: I'm not usually that good at it!  Rather pleased. 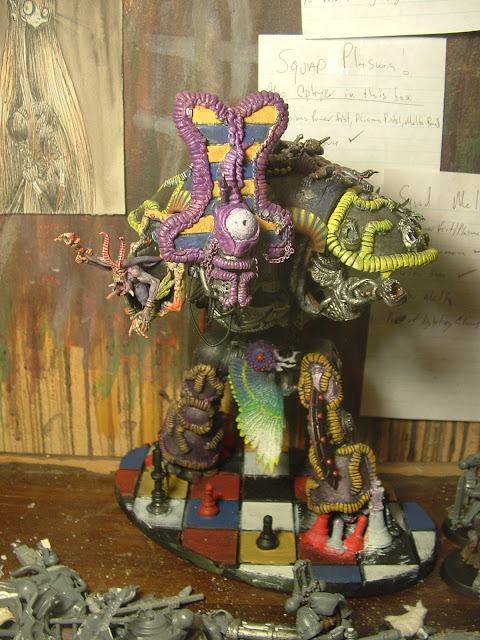 So here's where I'm up to with him.  Still got to think of a nice name-- any suggestions would be appreciated I'm sure! 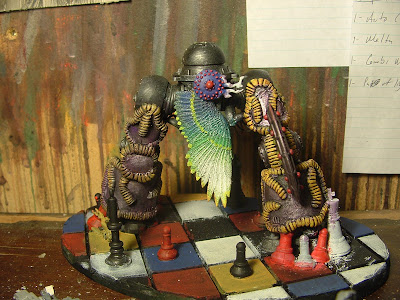 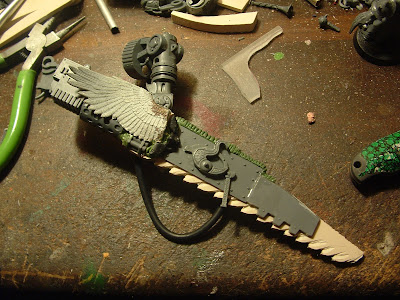 Work continues on his reaper chainsword too.


That's only the top of the iceberg.  I won't say tip, but there;s a lot more beneath.  I've got 15 fallen angels on the go along with Cypher; the skaven army continues to haunt me, the lovable rat-men-!  I've got a knight lancer in the queue and distant plans for the shard of a C'tan!

... I won't refrain from admitting, it is a lot of work, even though I'm still having fun.  To prevent myself from burning out completely I've got my little bits-on-the-side, mostly going towards Astronomica.
Here's my first finished character for the 40K souls-like project, and the first member of the Legion of the Damned; Orbeque, or the Necromatic as he has been called: 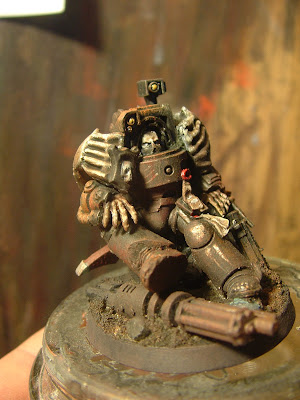 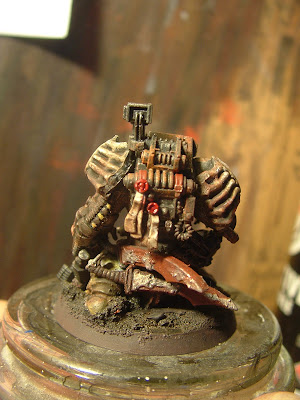 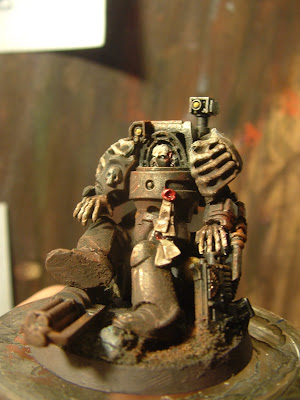 Eventually I'll be compiling my scattered notes on the story into a concise narrative, but that won't be finished for a while. Needless to say, this won't be the last you see of the Legion of the Damned...