It was a hard decision whether to finally do what I KNEW was best for me and the hobby as a whole, but after years of servere deliberation, I have done the right thing.

Yeah, as the title says, I'm drilling my barrels. 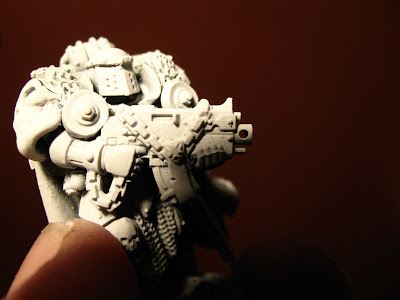 The simple brilliance of it astounds me, really.  I thought it's take some drastic experimentation (like using body parts or, heck, real blood) to improve my kitbashing skills... This, however, was quite unprecedented!  Look at this picture, a side-by-side of three weapons with their barrels whole, then the same options below with barrels drilled: 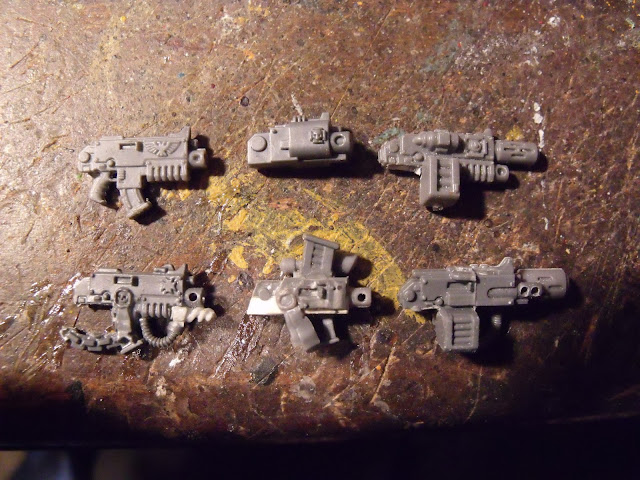 The improvement is uncanny!
And you know what?  It's even improved my morale and skill in general!  Who would have thought I would start assembling masterpieces just based on a simple trick as a few holes? 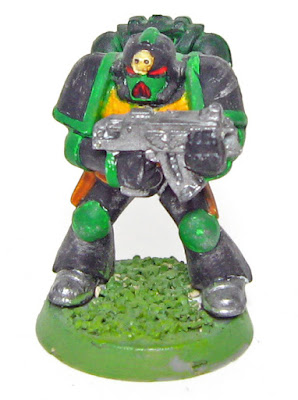 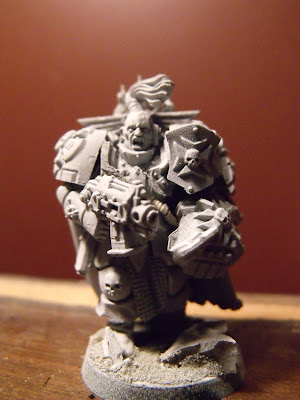 THE IMPROVEMENT IS UNCANNY 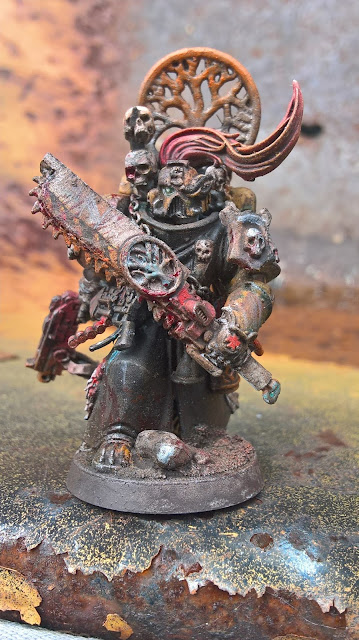 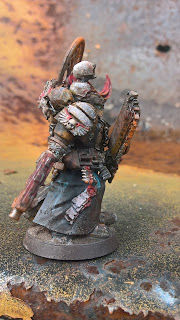 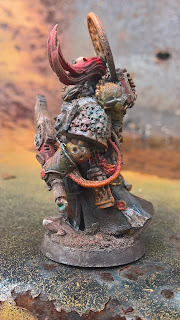 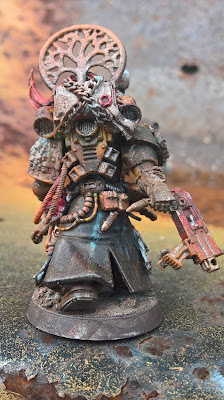 So what, you say.  The mentally unstable D just put together another ridiculously expensive kitbash, what's new?  Well, today I think I'll tell you exactly what went into this 1st company veteran; maybe it'll confirm my insanity, if nothing else.
First, let's strip the paint off and have a look at the bits for what they are. 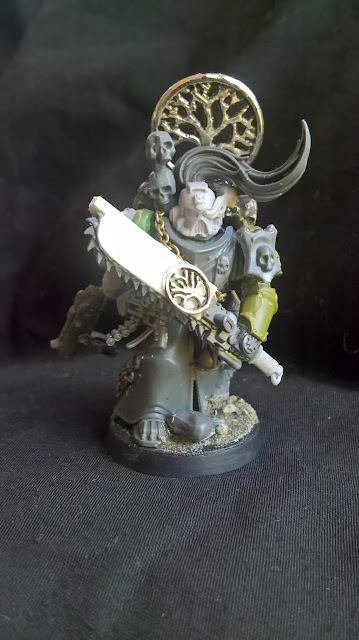 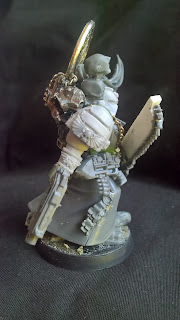 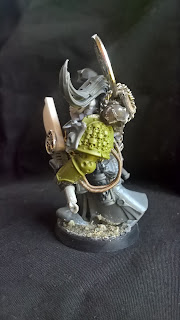 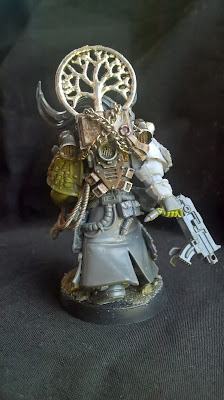 The body is the cybernetica datasmith with the front torso half from the Black Templar's upgrade kit.  Bit of gold necklace chain across shoulder, trophy spike from WHFB crypt horror; new Cypher's bolt pistol on one hip, DA incense-burner on the other.  Double purity seal from the special sprue from the old tactical squad kit, and hourglass from the WHFB flagellants kit.
Head is from the finecast Imperial Fists upgrade kit, bionic is from Canoness Veridyan and the hair is a Custodes topknot.

Left arm is a plague marine's from the Dark Vengeance box, tilt shield is off a pillar from the garden of Morr and pipes are guitar wire.  The hand (and chainsword engine) is from aforementioned special tac squad sprue with a Templar cross from the scroll/pouch bit from the upgrade kit.  The chainsword itself is plasticard with teeth from the second sword on that sprue; the handle is from the honour guard's axe and the tree icon is a silver earring.

Right arm is from an Ultramarine Honour Guard with a 7th ed chest aquila; right hand is a 7th ed BA hand, the bolgun an edited sisters of Silence one with a purity seal from Guilliman's right shin.

Never will you see another uselessly fiddly and expensive assault marine.