After a few WiPs earned him a rather sinister reputation, our friendly freind Laurie the Landie is done, and not at all nightmare inducing!

I'm sorry for my lack of updates this last while.  The whole Real Life excuse is beyond old, so I should try to invent something new... 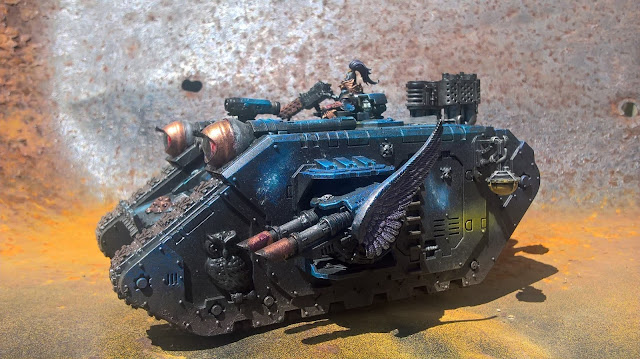 The first Custodes I was commissioned (I've got the dreadnaught post right here) were obsidian, so a lot of 'ardcoat was used: I decided Laurie could give that treatment a pass.  I'm not sure if you've tried applying 'ardcoat to a large, flat surface, but Throne I hope you never do! 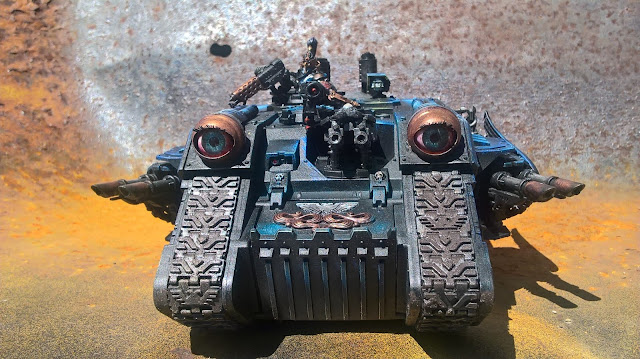 Q: What has Laurie been smoking?  A: Exhaust. 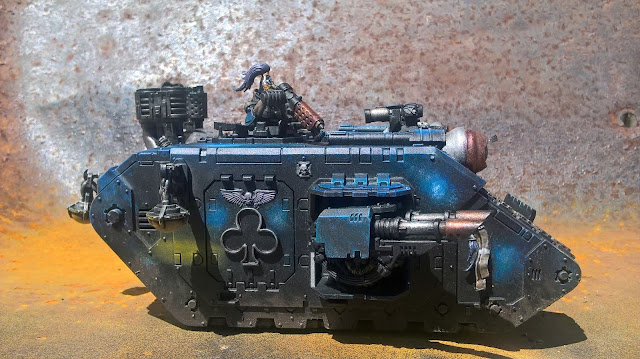 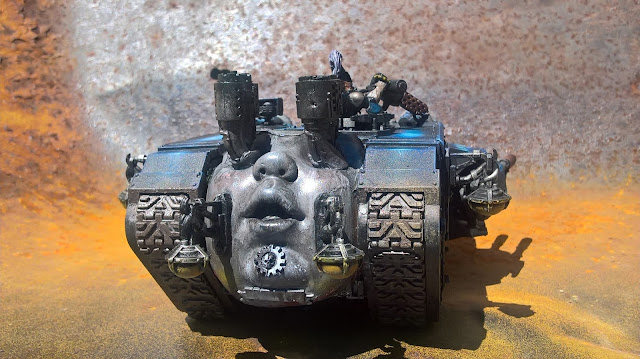 Nightmare the second: a buttface.  I filled in behind the doll's face with melted plastic: a technique I should get down into post form later-- it certainly saved on greenstuff. 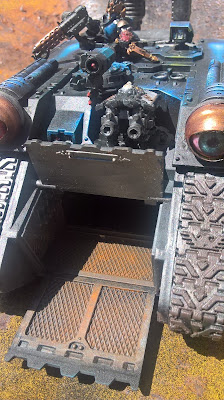 And yes, I did paint the interior too. 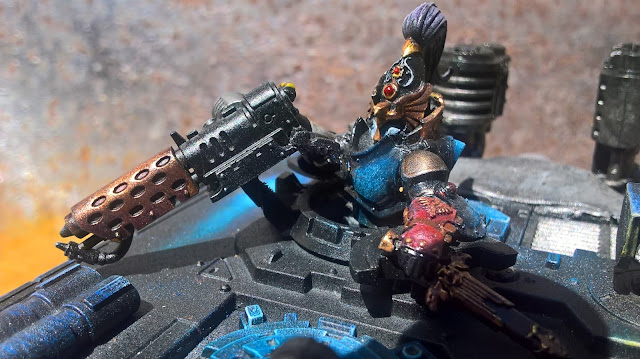 WHOA that's a bright blue.  I think it's my phone camera doing that.  Oh yeah, that's partially the reason I've been quiet: I've got into that awful rut of uploading images through the phone-- until my browser got outdated!!  In the land before time, when dinosaurs walked the earth and Fat Bloke was the editor of WD, we used to upload our pictures to our computers from these devices called CAM-RA'S, you ken cam-ra? 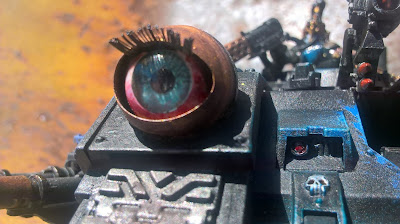