Um, yeah!  This is a thing.  I guess when you're commissioned to make a "looted plasma obliterator", I suppose this is what happens.

I started off with the base of the aquila strongpoint's turret, then started piling bits on; all the bits I could find, really.  There are even bits of spider carapace, as this is to go with the spider themed orks I began with the tank. 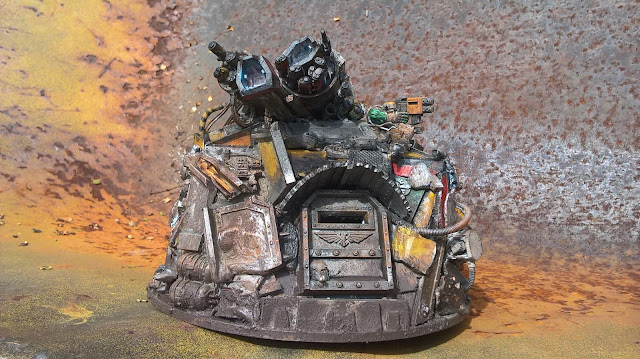 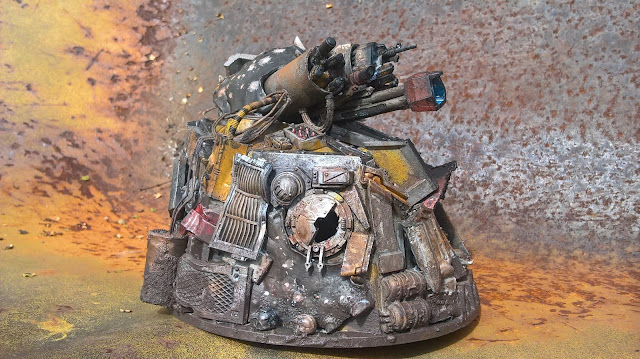 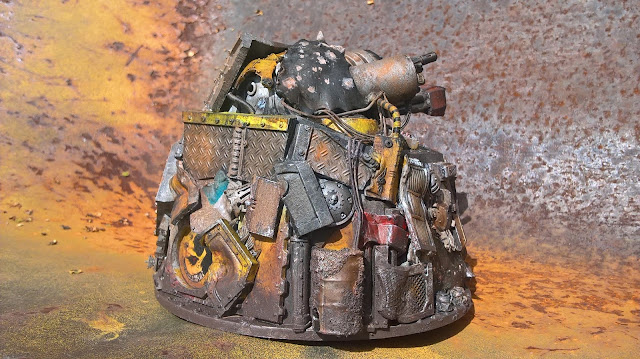 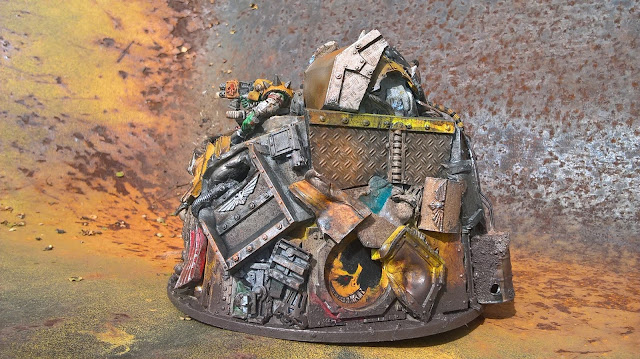 This would be a lot harder to pull off without the power of fire; a lot of these bits I melted into place.  Twenty points if you can guess all the bits.  Go on, have a crack! (commences villain laugh.) 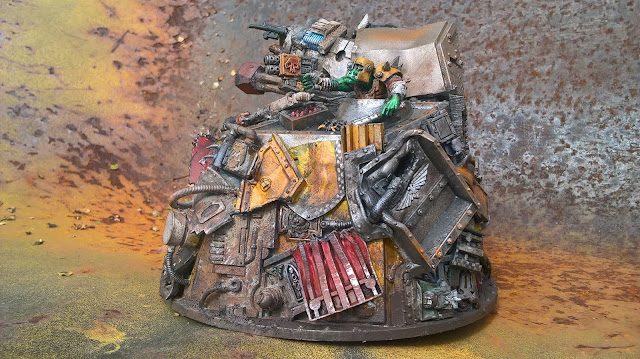 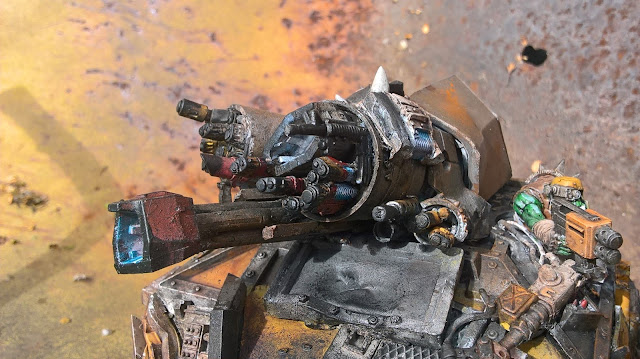 I figured that instead of these orks commandeering any large plasma weapon, all they managed was to do was scrape together a swag of plasma pistols, then wired them all up together with a few bits or ordinary dakka to make up for inaccuracy.  I'd hate to be anywhere within a fifty mile radius when this thing fires... 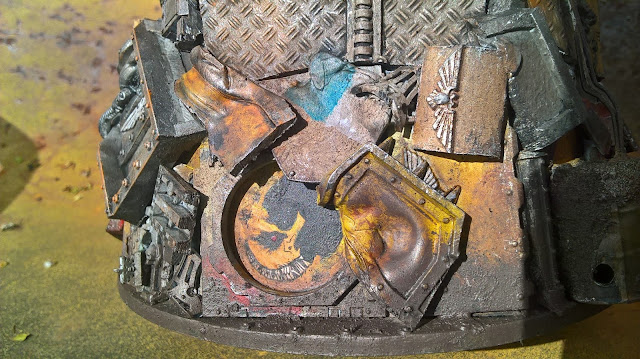 And that's that!  In other news I've finished that set of IK banners, and there's rumours of a C'tan shard on the near horizon... 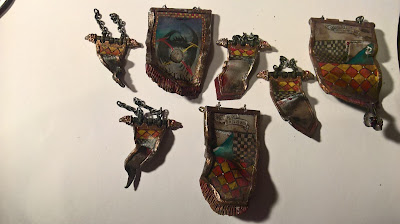 After a rather hectic year'sworth of deadlines, Welcome Home: A half-childe losted was is a published work at last! Preview and info on purchase are available over at my site sago-altar.com/welcome-home, and email me @ lonely.kitbasher@yahoo.com if (and WHEN) you'd like a copy!

Okay, how'd I do?  Sorry, I'm crap at marketing... I've never had to do it before, and this is about the best I can do for shpeal.  You get the idea, I guess?

What is this so-called novel about exactly, D?

Put simply, it's a "point A to point B" kind of plot; a 90,000-word grimdark fantasy with an apocalyptic setting, hence the subtitle "An Apocalyptican Fairytale".  It's illustrated with about 30-odd colour images and I've forgotten how many monochrome ones, all done by yours truly.
It is so far into the future that time has almost worn itself out and has begun to fluctuate. Seasons have merged, stars wander, quite often the Sun forgets to get up in the morning-- and despite all this, the mutated remains of humanity still try to keep living, knowing they should not be alive.

You'll find a plot summary over at Sago Altar.com, but I'll copy it here for ease of access.


Aelfric, an ageing lumberjack trained in the illegal art of charcoal-burning, stumbles on a fight between several fenrians, sorcerous wolf-like anthropoids.  The object of their fighting, a baby's basket, falls into the charcoal-burner's hands and he takes the child within to raise as his own.  Rygnir, as he names the child, is exposed to the horrors of a dying world despite his "grandfather's" reclusive lifestyle, and after witnessing the death of one he realized to be more important to the world at large than he once knew, decides to set out and find the one "Wingdale" of which Aelfric spoke.
​
Welcome Home follows Rygnir as he leaves the claustrophobic confines of Boar's Wood and travels east with a series of (hopefully!) interesting characters; it introduces us to the world he lives in and the friends he makes along the way, and follows him down through the Witches' Thoroughfare deep below the Fimbulforn, to where his resolve and faith will be strained to the uttermost end.

Where and how is it up for buying?

So far, it's really only via email/Facebook messenger, and paypal.  I've spammed the hell out of both those forms of contact, so they shouldn't be too hard to find lol.  Never mind, email's the usual:
lonely.kitbasher@yahoo.com
And I'm Dee Power on Facebook.

Well, that's that I suppose.  I don't think I can sell you any more on the book than that.  If you liked classical Warhammer Fantasy before GW AoS-isized it, who knows-- maybe you'll like this story too!

The Sago Altar site gets a much-needed update

In light of recent circumstances (that being, oh, I don't know, MY BOOK GETTING AN ISBN AND PRACTICALLY ON THE BRINK OF PUBLICATION!!!)  I resolved to sit down, bite the bullet and make the Sago Altar my own.  Holy Throne, but domain names are expensive...

I've updated everything about it.  Everything.  Come and have a look, I'm even working on a bio ATM!  There's a gallery of completed commissions, a gallery of personal favorites (with a good many familiar faces), updated contact details and ALL the social media.  Most importantly, though, there's the first-ever public information on my novel Welcome Home, including a preview of the first chapter!

So come on and have a gander!