I'm concerned about these sculpts... 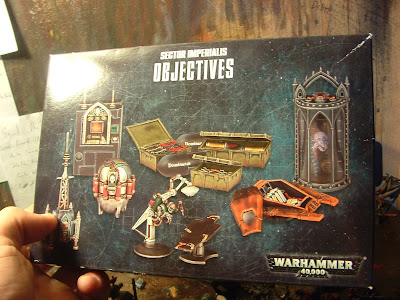 I bought it simply because the Lucius pattern escape pod was cute.
I mean, look at it, it's like a little drop pod! 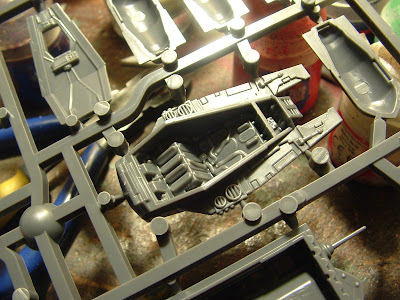 I suddenly want fifty of these.  This is the best civilian object GW have produced in a while, and it's mine now.  Mine.

But that's not really what I wanted to post about.  I wanted to voice my bigoted opinion over this sculpt; there's something... wrong, with it, I can't really place it. 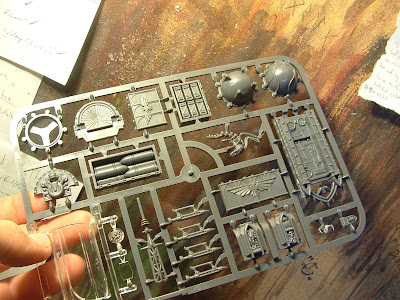 Has anyone else noticed?  Never mind the fact of it's origin-- China, oddly-- it feels, sort of thick and round.  I know the difference between their building casts and their figure casts, and this feels like a building cast.  Do you understand?  Like there isn't as much detail as there could have been.

Like when a new director takes over an existing series, it's so strange, so different and strange!  I don't know if I like it or not... 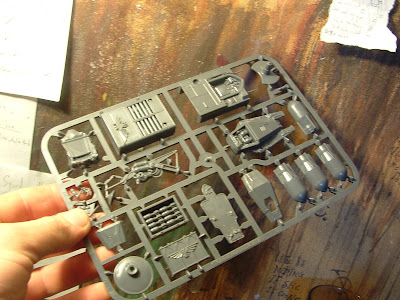 On the one hand, it's all thick and yucky to the touch, but on the other hand it's weirdly nostalgic, like 90's fisher price... To be sure, it feels like a set of bricks, very nice and solid, but oddly devoid of detail...
THRONE I'm on the fence.  What do you think?  Do you like the objectives kit?  Of course you do, I'm just a snobbish toff! 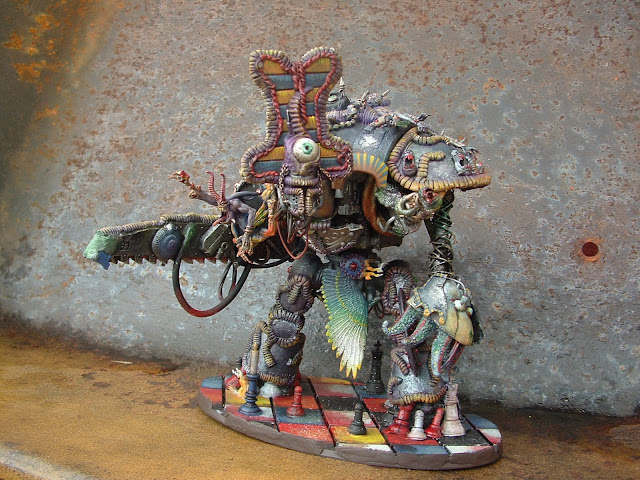 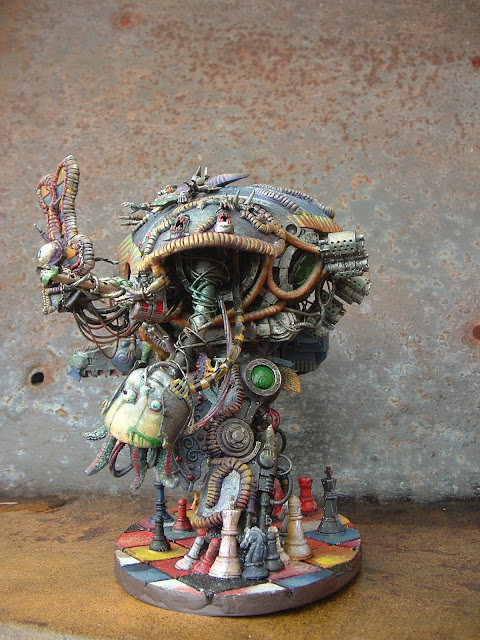 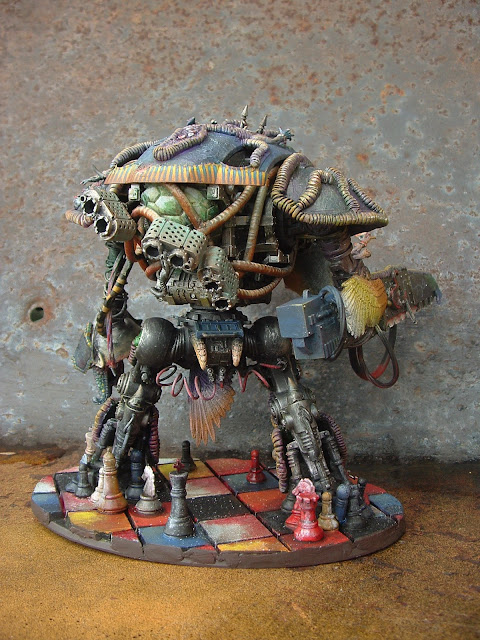 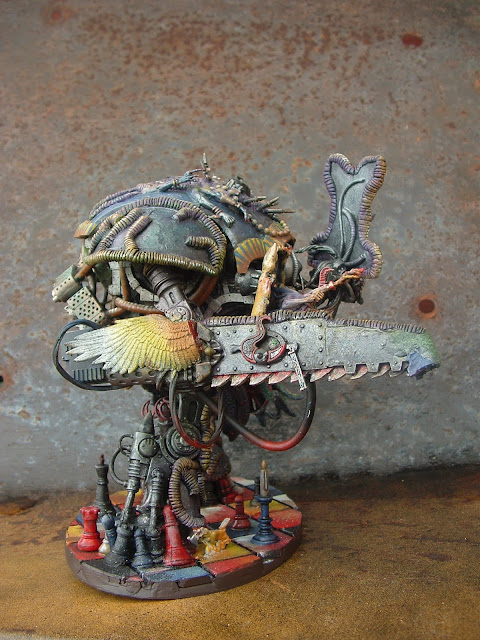 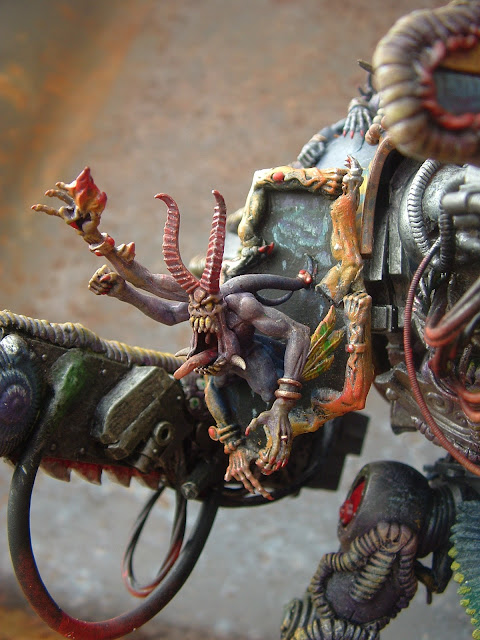 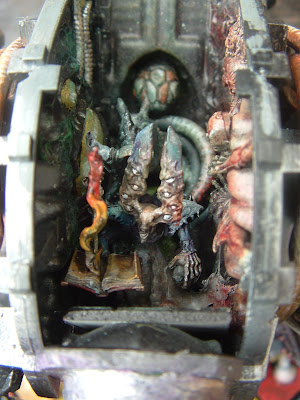 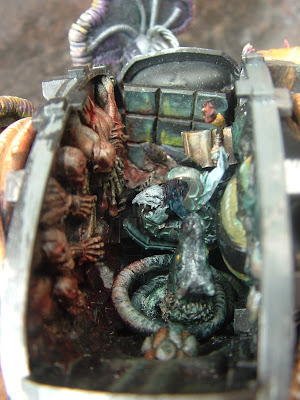 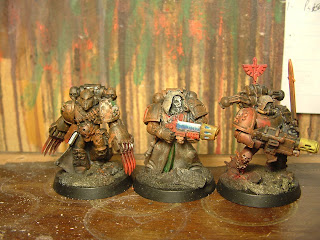 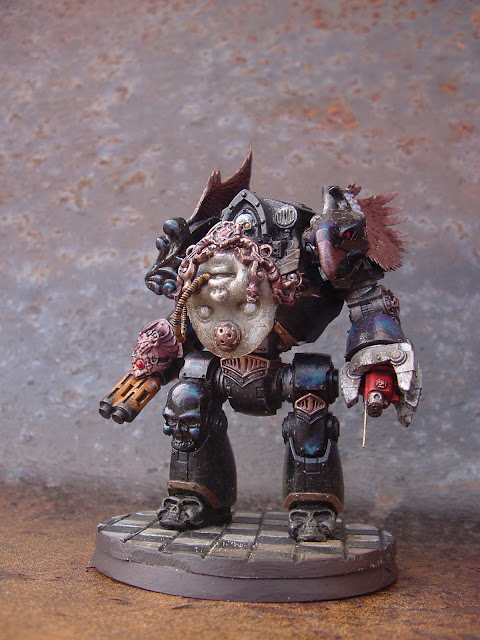 Oh yeah!  I'm calling him done, though I'm sure I could have done better...  I hope the client likes him.
Photo time! 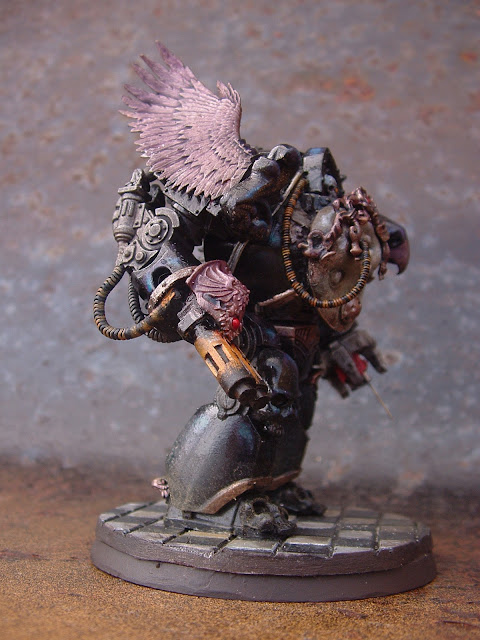 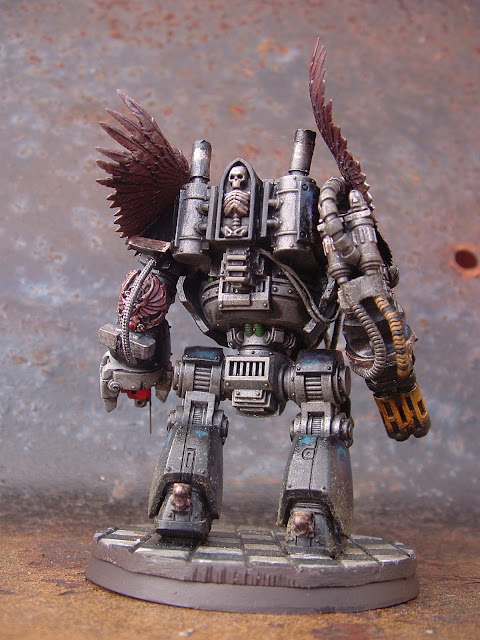 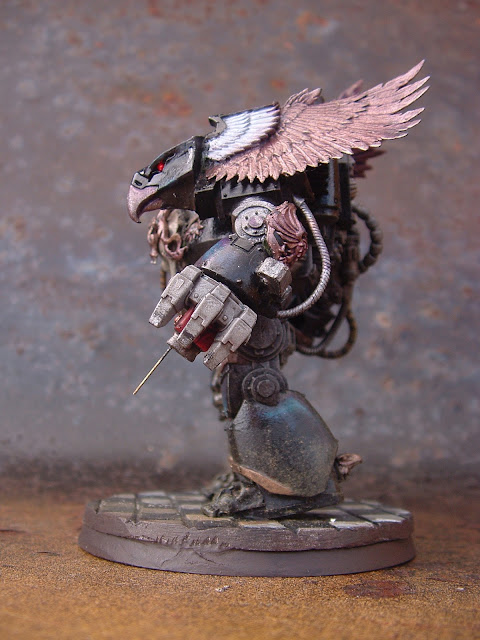 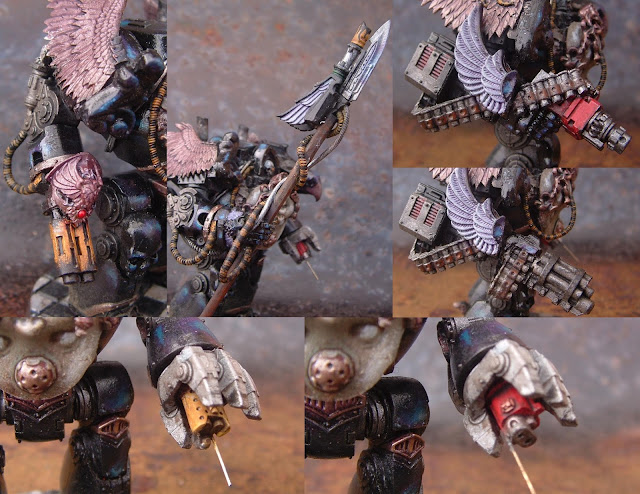 Like I've mentioned before, I gave him every option I could think of, out of sheer lack of study.  I must admit, these were a bit too fun to put together... there had to be a cut-off point, a line in the sand so to speak.

So... I guess I've still got a TON of commissions to do... but, y'know... want anything painted?  Don't forget to check out my commissions site!  While I can't promise instant action ATM, it's good to get your order in.  Who knows, yours might fit in nicely between glue-drying-sessions of the upcoming knight lancer...

The photos are also up on Flikr too.

So, in other news, what have we got?  To go with the jade sisters of silence-- which I didn't photograph in the end-!!!!!!!!-- is a rhino.  I had a few spare high elf bits to make a nice tank commander. 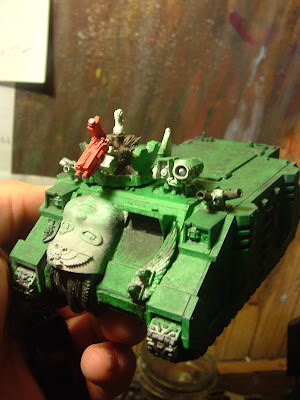 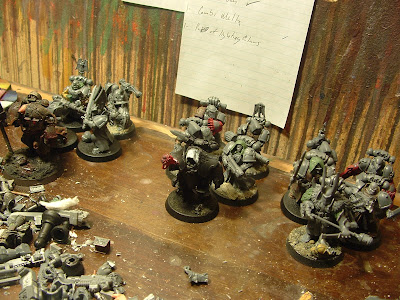 The 15 fallen angels are pretty much assembled now, just a few shoulder pads and bases-- along with an entire combi-melta chap.  I'm sure he'll have a lot of fun firing his exotic weapon every turn, God damn you 8th XD 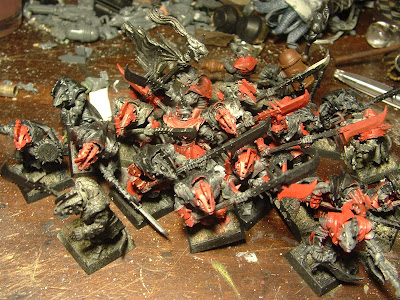 20 stormvermin have snuck up onto the altar and have started painting themselves. 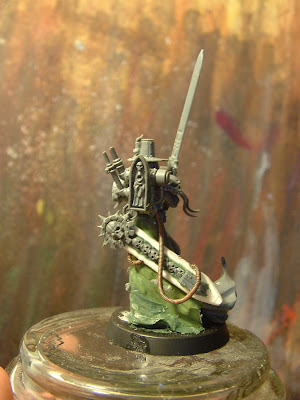 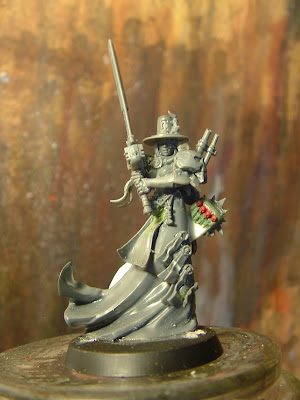 I also got was naughty and distracted, and built Greyfax out of the box I was supposed to be keeping for a rainy day.  While her usual legs were alright, there's a feminine elegance and a certain ghostliness to be had in 40K dresses that I feel isn't really done justice-- at least, not without being oversexualised in the process.

Besides, it leaves me the legs to use elsewhere! 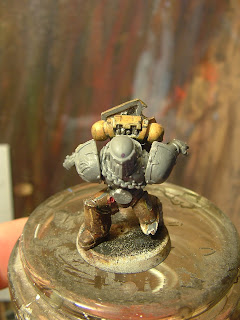 And lastly, Trivia time!  Can you tell me the following:
1: What does this emote represent?
2: What legion performs it?
3: Who do you think might teach this to the player?