Hobby update: more than I can chew


Firstly, I'd like to say that as of now the blog has had 11,555 views! Thank you to everyone who has taken time out of their day to look at my cruddy photos and hear my waffling all this time, it means a lot to me.  All I can really do in return is try to continue being interesting-- not that I have much to say; I'd like to write some more "rambling thoughts" concerning the style AoS has gone, though, but that'll have to wait while I struggle through my rapidly-growing project list.  My WoC arrived the other day, but I won't be making any more Astartes until I get my bloody stormtalon finished-- really!  How can such a thing be so hard to approach with a brush?  Is it because I have become so used to painting figures? 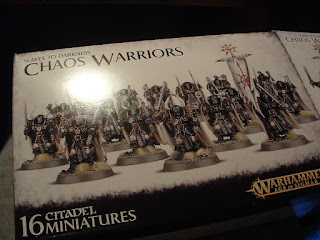 So they aren't selling the twelve packs anymore.  And they have round bases, in the new size no less.  At least I can base some more Angels Encarmine now. 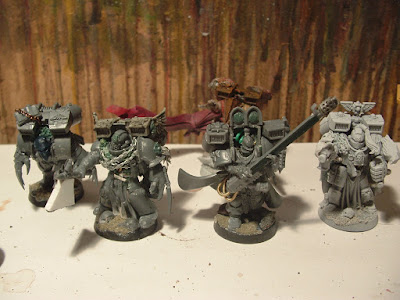 Here is where I'm up to with the 3rd command flokk.  Three veterans and a musician.  And a pyramid-headed thing in the background... 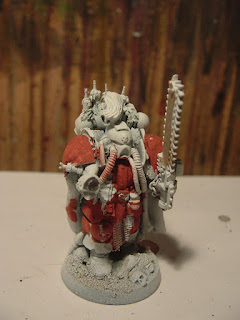 You can't tell me I didn't try.  I wanted so badly to give more texture to my SM armour, so I experimented with martian ironearth and agrellian earth for something to work from.  I didn't apply it thick enough but I was frightened it'd just end up looking an ebay model.
Also the banner I have sorted out for this fellow is too heavy for the one magnet, so I'll be putting another in the base to steady it.

So as far as hobby bingo is concerned, I have completed the struck-out squares and the circles I am working on;

I recently sold a Nurgle lord I made a while ago, so that square's nicely out of the way. 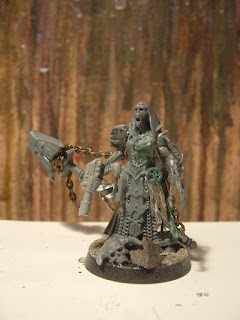 Just in case all my other projects don't count for "make a conversion" I'm making an astropath.  She could also count to be "painted in a disliked colour" if not a kitbash.

And here's the bust I painted; have you seen this sculpt of Legolas before?  It's very small indeed, only 3" or so; I'm not sure if it was a toy from a gift shop or what, but it's a very nice sculpt and I had a great deal of fun with it. 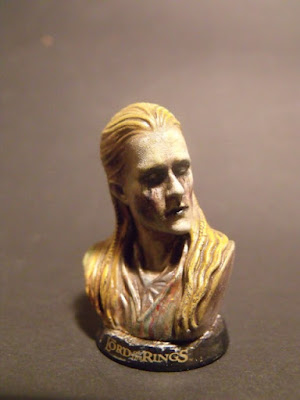 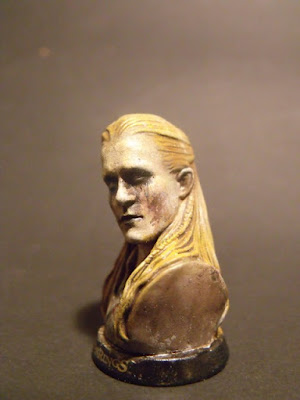 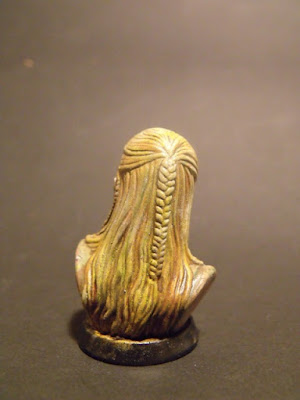 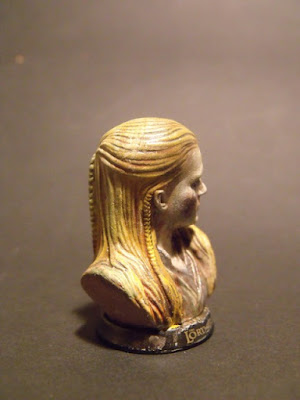 I'm also having a go at taking actual nice photographs now.  Still not enough source lights (although I did go very dark under the brows).

So that's that.  As usual, many things happening and NO painting done AGAIN I'm sorry.  Next time, I promise.