Something I haven't done much of in the past is sculpting. I mean, I've done a bit here and there, a pelt on an Astartes' back or a bunch of purity seals. What I've always wanted to try is ac-tu-al sculpture, as in from a base, forming the whole from milliput or whatever is handy and usable.

The milliput is currently in the post. It'll be my first time with it, and I'm quite nervous/excited to give it a go.

I may or may not be working on a miniature-based tabletop game, set in the Apocalyptican fairytales. One of the pieces I know to be present is a vicar, a frail old half-corpse in a robe with a sword and shield. Or a hammer, not sure what I'll send up making? Either way, theirs is a rather particular look. 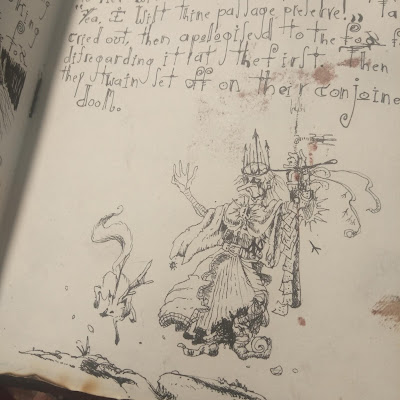 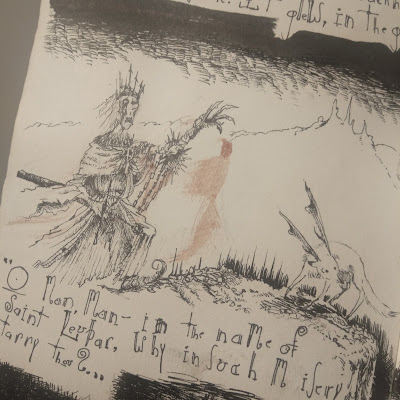 Mostly, the attire of the parish shepherds is based on that of Tay Tumbel, a vicar who was known for his many adventures. A pleated surplice over a long coat of mail, wth layers and hoods and even a bit of plate-iron over to of everything.

So there we are; many textures, many layers to work on. it'll be an informative project and most importantly it'll be fun! And hard too I expect. 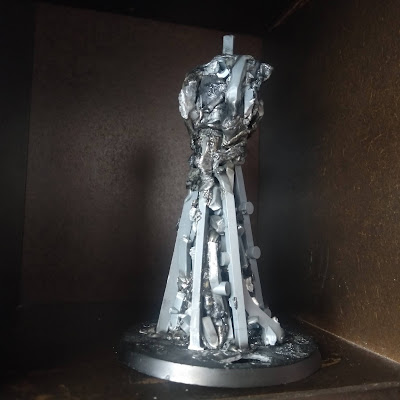 Putting a flame to that everpresent empty sprue we can never seem to dispose of, I made a body to work from. The general shape of the skirt and the baggy outer robe is all I've defined. 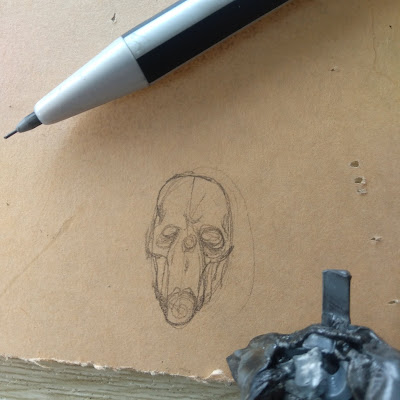 I imagined the head would be the most finicky part to make, so I had to give this one a good bit of thought. Eventually I dug up a bit of clear ABS plastic which had paper gummed on one side; this I drew on to give me a visual thing to work from. 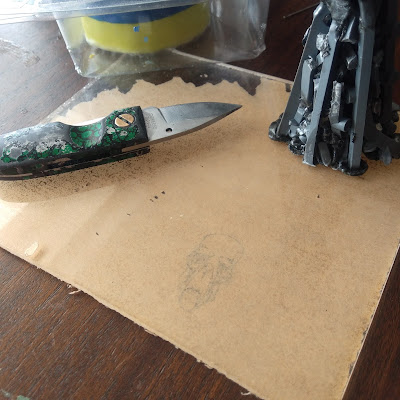 You can just about see it through the other side. Anyway, the shiny surface is much easier to scrape the finished product away from. 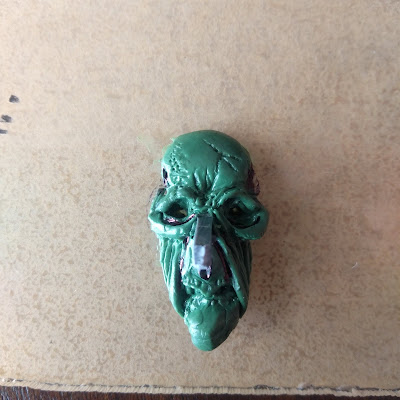 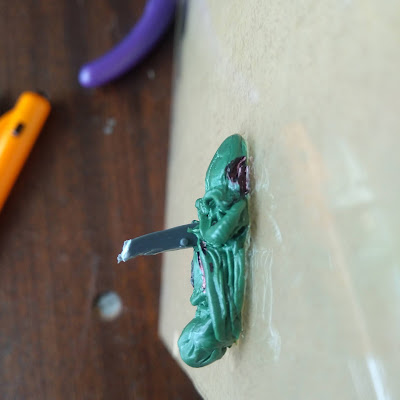 For his nose, the stump of a chaos chainsword has just the right shape to it; I'll sculpt the rest of the nose later.
The rest of the head is made from a bead, cut and spaced with bits of 25mm base. 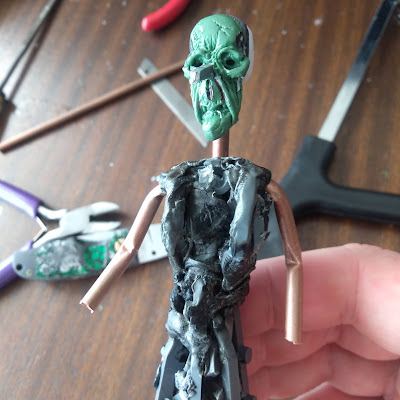 S here's what the handsome fellow looks like so far. He even has arms... Just. This is where I have to leave him until the milliput arrives, and I learn how to use it!
***
I want to say this explicitly, before anything else happens. Please understand, I need to make this statement for future reasons.
While this vicar is based on the character of Tay Tumbel, it is not meant to represent the character. That is not the way of the fairytale, to focus on one tale more than others. This will be a general representation of a particular kind of vicar, and not a template.
All good? All good, thanks for understanding. Well, here's hoping the milliput arrives soon.
Bye bye for now.