What two years of painting can do for you

When I was younger, I got my first taste of the 41st millennium at my local hobby shop when I read a copy of the old Daemon Hunters codex.  Remember that one?  I can't find a copy of the picture to post here, but you should hopefully know.  The horror and disgust that filled my mind enthralled me, and I was irrecoverably hooked.
About decade later, I bought my first Space Marines from a friend; I assembled them and left them be, too scared to paint them in case I messed up.  I decided on a Chapter name, heraldry and everything and after six or eight months finally decided to buy some paint.

Two years have passed since then.  I still have my first squad I painted, and as much as I want to strip them and thus absolve myself, I need to keep them to remind me just how far I've come.  I've compiled a few photographs of my Astartes from then to now.  Sometimes I felt so useless with the brush I wanted to just throw in the trowel and give up painting, but I remembered that old codex, remembered why I started the hobby and took heart, picked my brush back up and carried on. 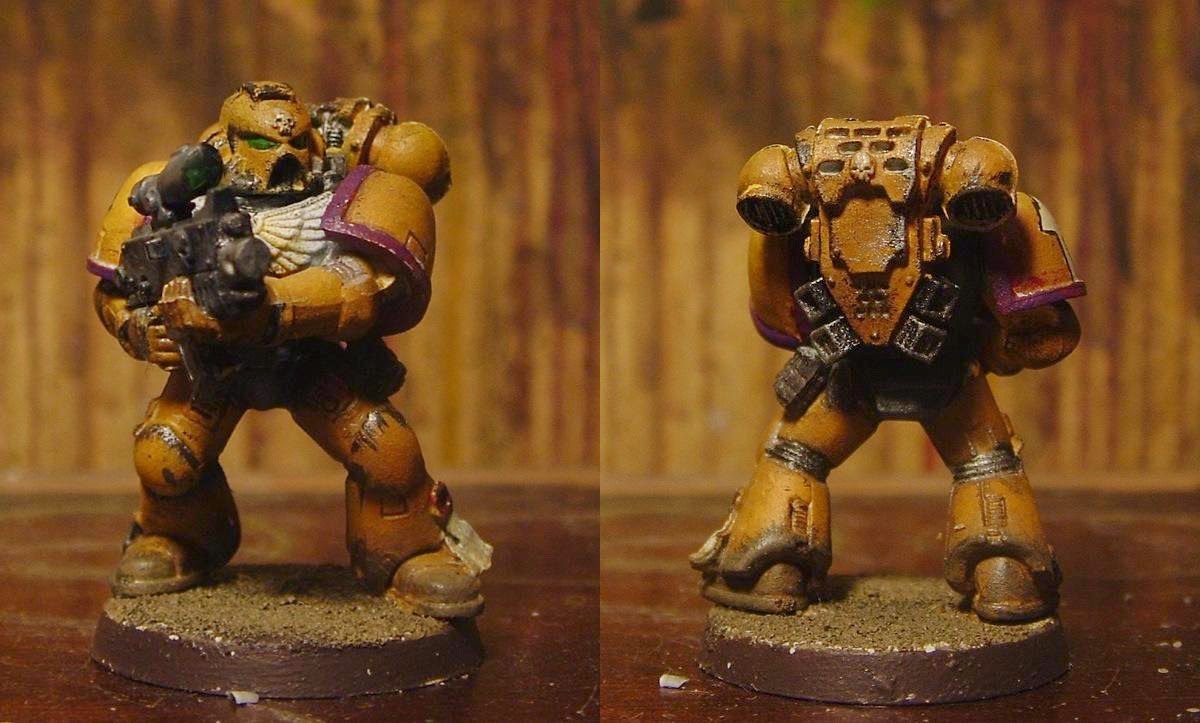 My first squad-- all I knew in the way of detail was battle damage and dust, and was not very good at that.  No washes, no drybrushing, nothing.  Look at the backpack.  I didn't even trim the mold lines. 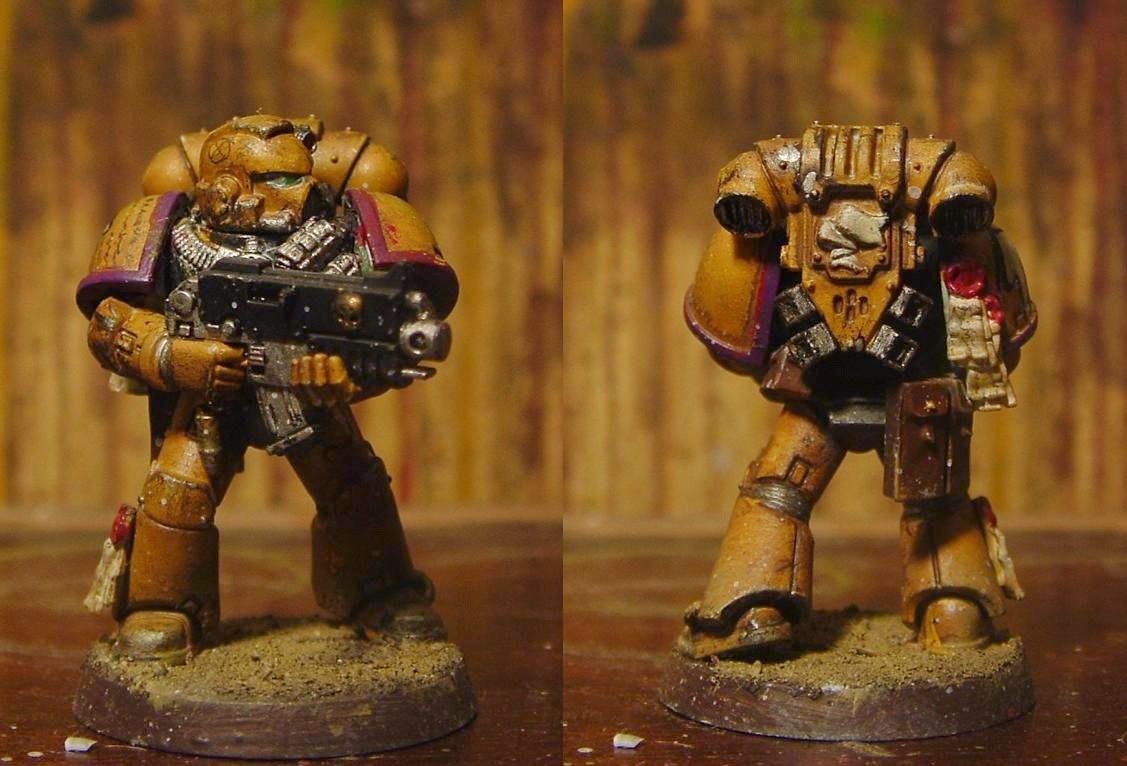 Second squad-- I sort of had an idea where I was going.  I had already proposed to hand-paint the icons onto the shoulder guards, but I was still very poor.  Watering down dryad bark was something I thought of, but was too scared to try it.
I found out about writing script on with pencil; also, what started as an accident became my signature of sorts-- the white stipple. 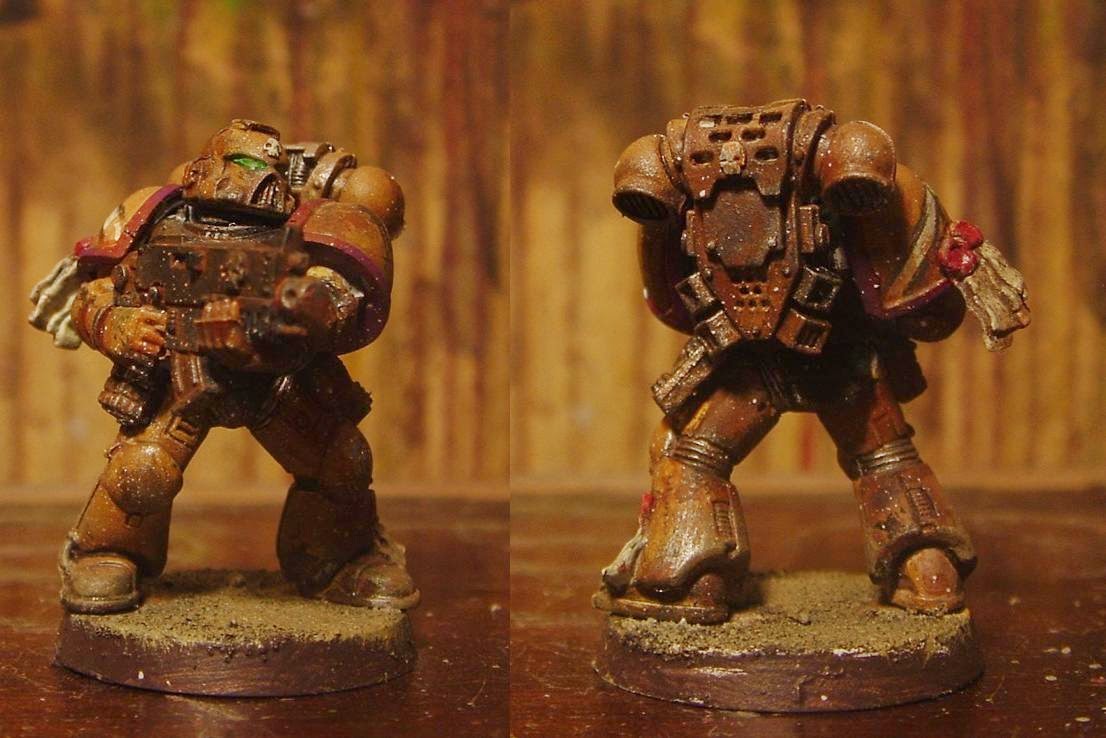 Third squad-- my Chapter was only going to ever have two devastator squads, so I wanted to do my very best.  Dryad Bark left the yellow a nice, dull ochre, so I was very happy; I also found using  watered down Bestial brown left a nice, rusty finish, along with a bit of Fire Dragon Bright drybrushed over. 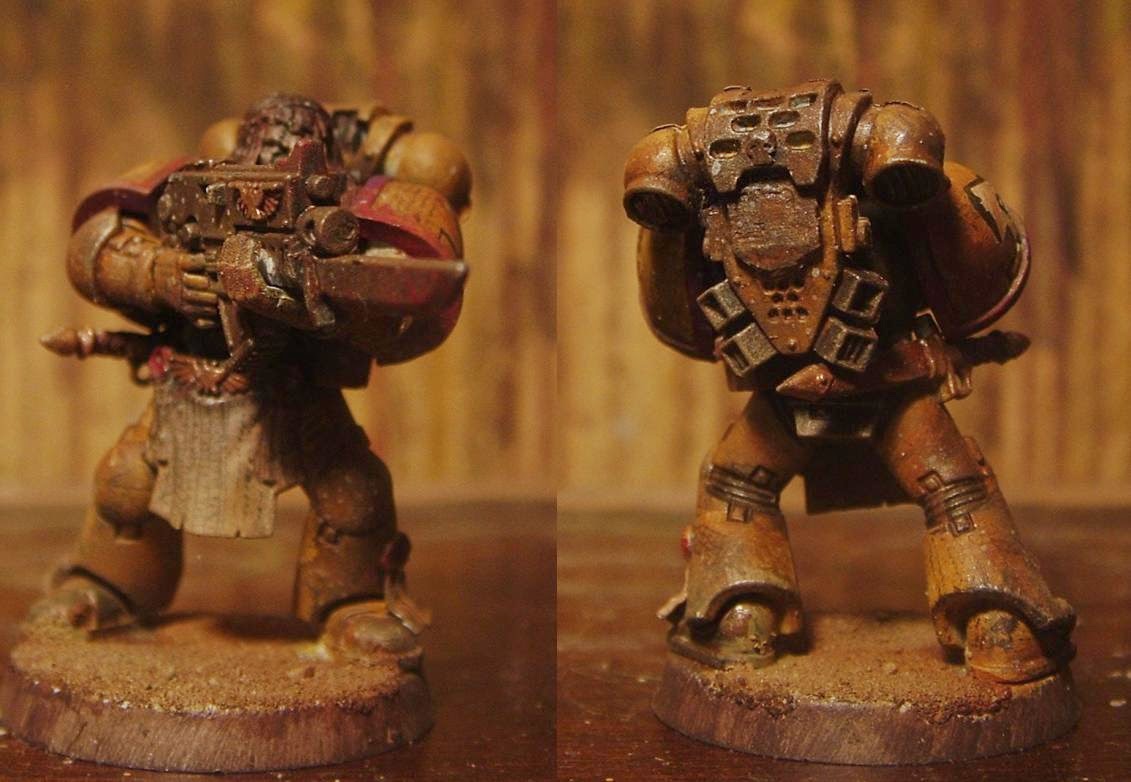 Fourth squad-- by this time, my confidence had grown along with my repertoire of techniques.  I started using a pitt pen more often, including make-up around the Astartes' eyes.  I also found that colouring the basing sand orange and drybrushing it with Zandri dust as opposed to dabbing the paint on all thick, it made a much nicer base overall.

Fifth squad-- throwing any and all caution to the winds, I tried splotching watered down Caliban green and Abbadon Black over the brown before the rust wash.  The result was a very bitter, dark colour that I felt befitted the 41st millennium quite well. 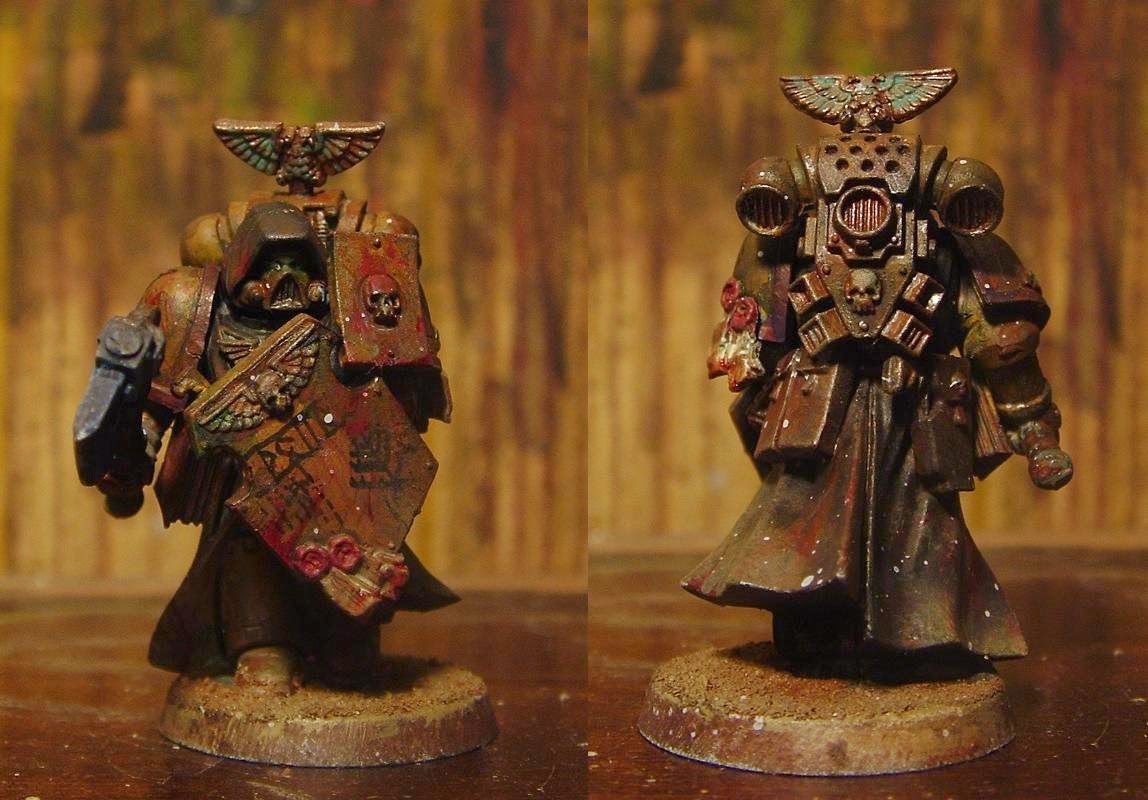 Sixth squad-- but I didn't stop developing my skill.  After acquiring some technical paints, I went to town with oxodising brass, sticky, caked-on blood and decades worth of grime.  I also found dropping a little watered down Nurgling green into the eye worked better than trying to highlight it with a brush. 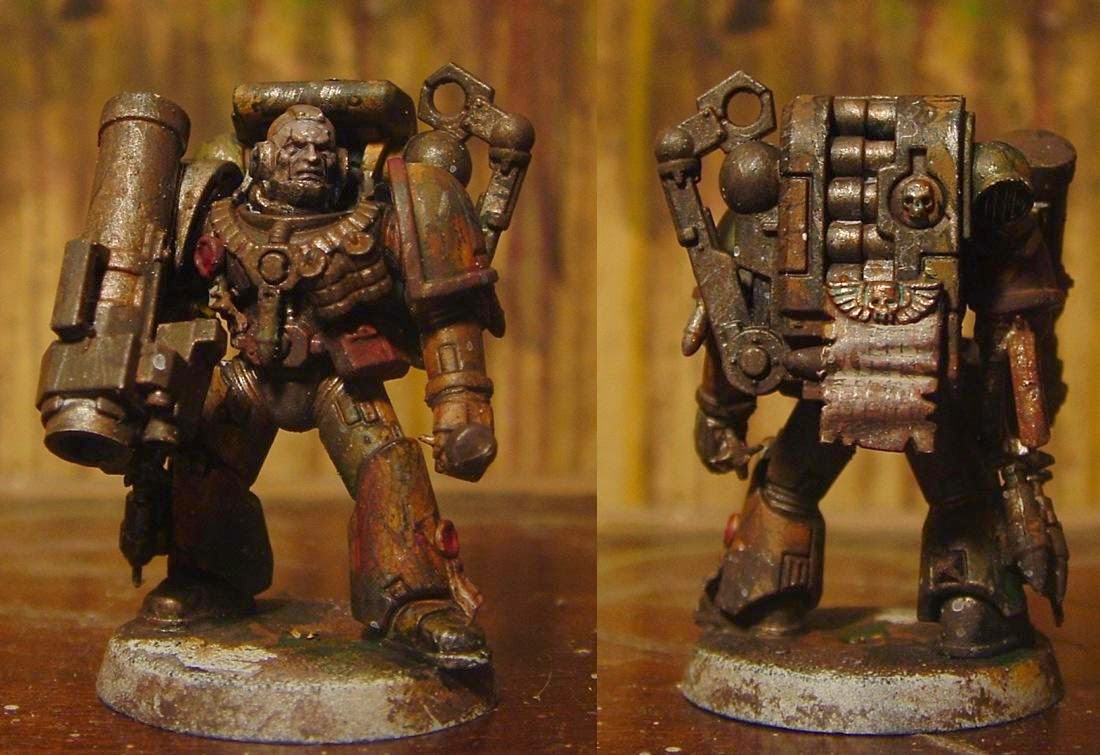 This is my most recent Astartes.  I always strive to paint at least a little like the John Blanche, and I think I might be getting there.

So you see what two years of painting can do for you.  Just keep practicing, don't hold back with new ideas/techniques, and above all things, let the Emperor guide your hand as you paint.