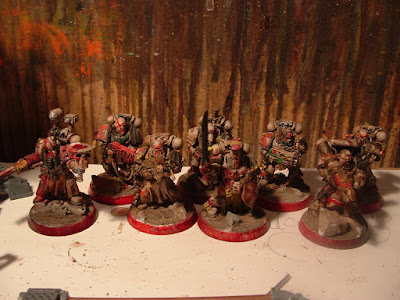 Hallo again; I'm finally back painting after ever-so-long of not doing so-- that didn't quite come out right.  Oh well!  Having run out of super glue I can't really do much converting, so painting instead.  I've kept going with my BA successors, the Angels Encarmine, the beginnings of an 1850-odd point force.  Sorry about the picture quality. 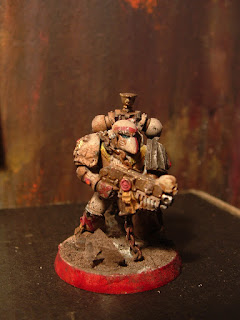 Ever since I got hold of an old Angels of Death codex I've wanted to make a small force based on either the1st or 9th legions; I think it was Rob Hill's Death company that made the decision for me. 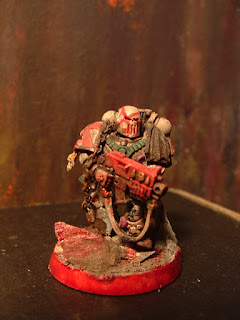 As you see, the squad isn't quite complete...  I might also say now that the bases aren't quite done.  Another brown wash, those stones want a bit of painting, and maybe I should invest in some clump foliage... 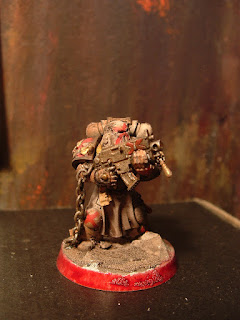 I tried to avoid using mk7 helmets wherever possible, because... because I can. 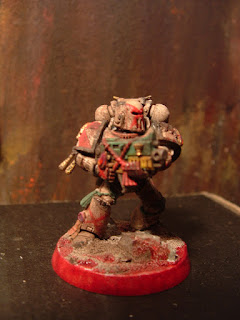 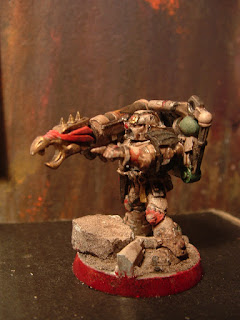 Are missile launchers a DC thing?  I hope so, because he's painted now. 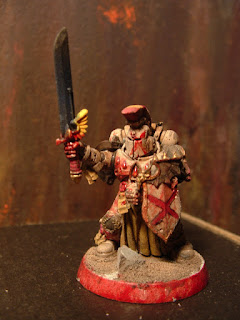 Here's the sergeant,with a combat shield and power sword.  I totally didn't think of Skyrim when assembling him.  By-the-by, I've finally beaten Alduin, and it only took me half a year. 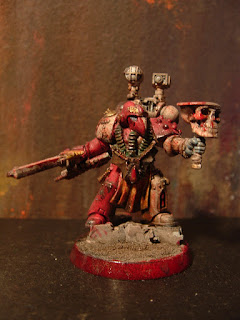 And lastly, the Sanguinary priest.  Still trying to get the skin right; I'm trying for an inhuman blue but it's just going fishy.

Like I said before, I'd like to eventually get an 1850ish point army assembled for competitive games where there'd be little sense in trying to package up my fragile Sagodur Fjorlag models.  I want to sort of copy Rob's force, except for a tactical squad in the drop pod because I've had a lot of fun with that setup.

So that's the biggest news out of the way.  The skitarii I've mentioned so often this last while with nothing to show still aren't finished-- I'm sorry-- but they're getting there.


They've been sitting together rotting on my desk for so long I'm dangerously close to calling them Laurel and Hardy.

And lastly, on my travels I found a beach only an hour and a bit from home that yields some of the nicest medium-fine grit I've seen, so yeah... that's a thing, and that's that!  No Imperial Knight progress updates yet, that's all for another post.  Bye bye for now.