I don't know what to say, really!  When I started up my little kitbashing business, I never expected to get so much work!  Thank you, everyone!  I think I've mentioned in the past, between real life and painting 20 cultists and making a primarch (statue), my only regret is that I have so little time for my own Sagodjur Fjorlag-- but the work I've traded it for is quite worth it.
So far, looking at my ledger, I've completed 5 jobs, I'm working on two and am expecting another two sent to me!  So while the Dream Seekers aren't seeing much work done, my fingers are not idle.

Here, let me show you a moment a bit of what's on the alter right now: 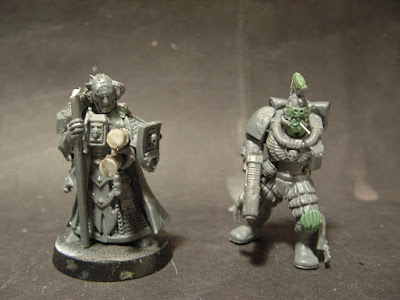 Two members of a potential 8-man inq28 warband; an acolyte and an arbitrator.  Judge Dredd here is my first attempt at a greenstuff face, and I'm not loathful of it.  Yet.
Sadly, the client had to postpone the project when money was needed elsewhere-- but d'you know hwat that means?  I can fiddle with bits all the more and come up with something really nice. 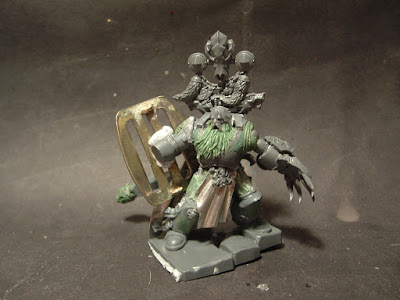 He also wanted a Lone Wolf in the warband-- being inq28, it was only right he'd have to be TS.  He's using most of Griegor from Prospero (the nicest of his pieces, I felt), but I'm still going to have to try and pick up a few Wolf Guard shoulders and things later on. 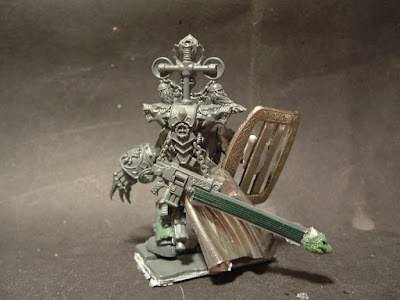 If you haven't heard Månegarm before, you should. 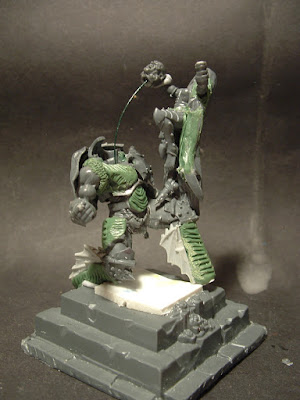 Here's the primarch statue I alluded to before.  Looking a bit rough at the moment, hopefully it'll clean up nice with a bit more sculpting. 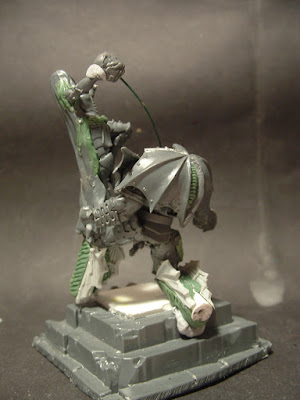 I'll let you guess what scene is portrayed.
This client-- G+ acquaintance Jimmy (hallo you!)-- also asked for five Chaos spawn, something I wasn't too sure about.  From what I've seen, the spawn don't seem to be much more than muscles on legs with sharp bits, mindless and wandering-- and while that might sound solid to you, I find it... generic.  Something you'd summon 20 of in a beast deck; expected.  That's a word.
These spawn are to be run alongside a Night Lords Force (I believe/hope?), so it wouldn't matter if they looked a bit abstract, would it? 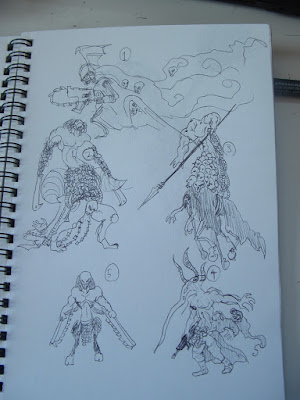 Jimmy seemed pleased enough with the concept, so I've begun on them right away... Not much to show right now, but I'm working on it.  Slowly. 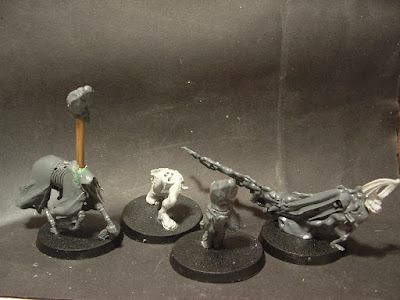 A third part of this commission was a set of skinning pits for terrain.  Two or three holes in the ground full of corpses and flayed skin and other suitable 8th legion effects... I'm still looking for a failsafe method to make the pits, without having to buy 3rd party or shell out unnecessarily inflated prices for now-OoP quake cannon craters.  I might have to compensate by apologising and turning this whole box of zombies into decorative pieces... 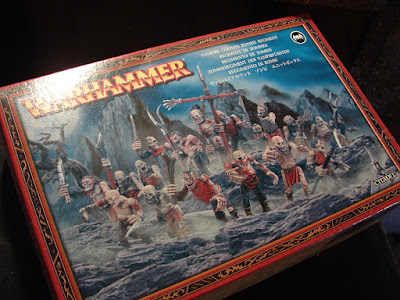 Or, if he likes, I could instead use the remains of my crashed Aquila lander set to make some nice terrain.
So that's that, for now.  Busy busy busy!  I just hope I've got time for my Squaduary pledge.